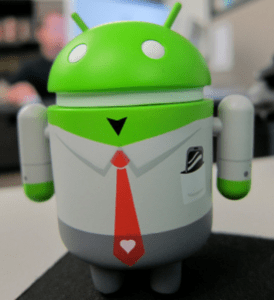 I’ve come to the conclusion that my Android phone hates me.

It probably hates you, too.

The breaking point came today when I tried to use my phone to Google the word “Edsel.” Instead of delivering the answer, my phone — a cheap LG model from Virgin Mobile — spontaneously rebooted itself.

I wasn’t exactly surprised, since my phone has a tendency to reboot without warning at least once a day. The irony didn’t escape me, however. The Edsel was Ford’s “experimental” car, introduced in 1957 after two years of development. While it had tons of features, such as oil level warning lights and an innovative “Teletouch” shift system, the Edsel was poorly marketed, didn’t have a clear target customer, and was too expensive. It also suffered from reliability problems.

Android phones aren’t exactly Edsels (they don’t have a big front grille that looks like, well, lady parts). But they are similar in a couple ways: Packed with features but also saddled with a dismaying lack of reliability and a lot of stray details that reveal just how little its designers care about you. It’s the ultimate triumph of the lame “good enough” philosophy.

Again and again, I run into little annoying details in the Android interface that reveal how I’m really just an afterthought to Google’s engineers.

Now, I am not using the most recent version of Android. I am using Android 2.2.1 (“Froyo”) on a crummy phone that I bought for $150 at Target because I could get it without a contract, and Virgin Mobile offers unlimited data and all the voice minutes I need for $40 per month.

The fact that this crummy phone exists at all is Android’s great advantage, but it is also its fatal flaw. Unlike more restrictive mobile operating systems, Android offers you the freedom to buy a crap phone that barely works.

That’s why Android is now the most popular smartphone operating system. And, yes, I am grateful for the opportunity to have a cheap phone. I just wish its design didn’t betray such obvious indifference to the people who try to use it.