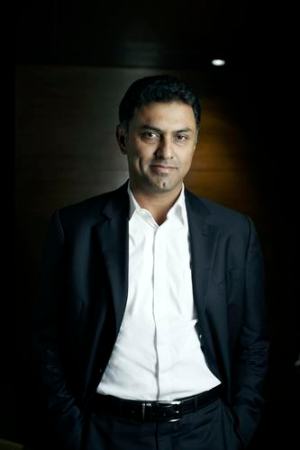 Rumors are flying around the web that Google executive Nikesh Arora might become Yahoo’s next CEO.

Two sources close to Yahoo’s board revealed to Business Insider that Arora is one very few top executives on Yahoo’s shortlist of potential CEOs.

Currently, Arora is a senior vice president at Google and the company’s chief business officer. He has worked at such renowned firms as Deutsche Telekom, T-Mobile, Fidelity Investments and others.

Yahoo has been without a CEO since early September, when its board fired then-chief executive Carol Bartz. In mid-October, the board hired executive search firm Heidrich & Struggles, the same firm that had unearthed Bartz, to find a new CEO.

We’re used to hearing Arora’s voice in Google’s earnings calls. Before becoming the company’s business chief, he served as its president of global sales operations and business development for about a year and a half. Before that, he was Google’s president of international operations.

Arora received a bachelor’s degree in electrical engineering from Institute of Technology, Banaras Hindu University, India in 1989, and went on to obtain two master’s degrees from Boston College and Northeastern University. He currently holds an MBA as well as the CFA (chartered financial analyst) designation.

While Yahoo looks for a new CEO, talks of an acquisition have been rampant. Alibaba CEO Jack Ma publicly stated that he wanted Yahoo, then he went and started fundraising to the tune of $4 billion to buy back the 40 percent stake in Alibaba that Yahoo currently owns.

A Microsoft acquisition has been much rumored, and we even heard that longtime rival Google was considering making a play for the struggling company.

However, Yahoo co-founder and former CEO Jerry Yang said the company wasn’t yet on the auction block and even showed some signs of taking the company private again.