Between the Arab Spring, the death of Osama bin Laden, hilarious Republican primaries, and the seemingly unending economic turbulence around the globe, 2011 politics provided no end of fodder for public discourse.

If, unlike us, you get your political news from sources other than The Daily Show, you probably share some of that news around Facebook, where it gets Liked and commented upon by your friends (of whom you have many, we’re sure). Hence, Facebook becomes a sort of barometer for what’s important to a huge mass of people at any given time.

The kind and crusty souls at Facebook Politics have listed the 40 most popular web pages about politics that also popped up on Facebook. The top five most popular stories focused on the Occupy movement, the economy, the Arab Spring and Osama bin Laden, in that order.

Here’s a breakdown showing the most popular topics for the year based on Facebook’s list. The topics aren’t sorted by number of Likes per issue or theme; rather, we spreadsheet jockeys just examined the topics of the 40 most popular articles. 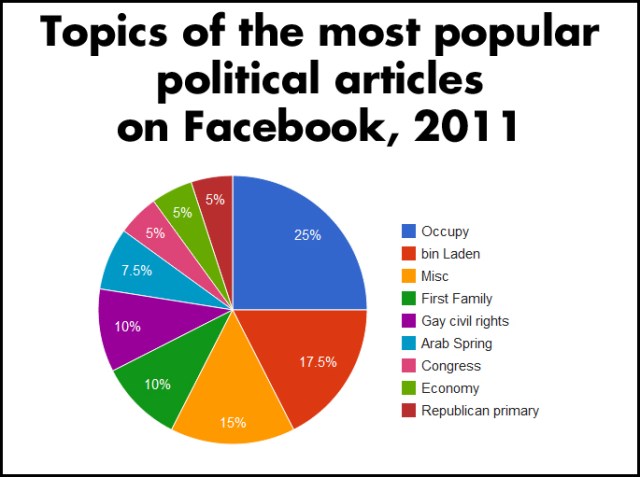 Clearly, Occupy was the most hot-button issue for articles that got passed around on Facebook. While most of the posts were of a liberal, pro-Occupy bent, some highlighted criticisms of the movement. For example, CNN told the story of the non-protesting middle class in its popular article “The 53%: We are NOT Occupy Wall Street.” Altogether, Occupy accounted for 10 of the top 40 articles in this year’s list.

And lest you think this is all idle social media chatter, Facebook’s politics staff reminds us that around 88 percent of Facebook users in the U.S. are also registered voters. The platform isn’t just where people gather to talk about political issues; it’s increasingly where politicians themselves are reaching out and solidifying their base.

Another interesting factor was the news sources for these popular posts. Not too surprisingly, online juggernaut The Huffington Post topped the list with 10 of the top 40 political articles on Facebook this year. Still, overall, online-only or blog-type news sources with no foundation in a traditional journalistic organization represented the minority in this list, or 15 of the top 40 articles. 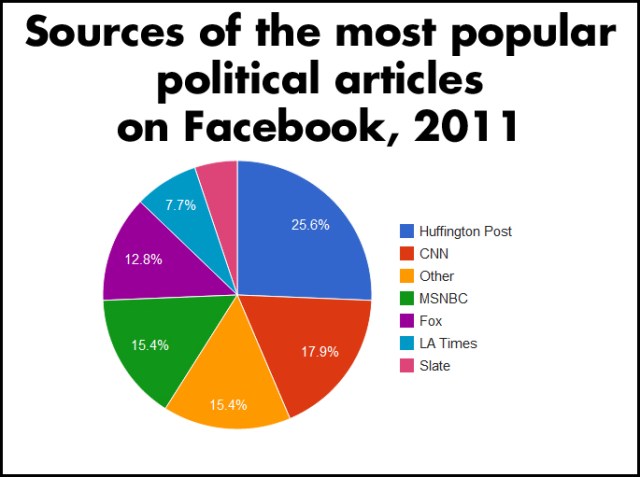 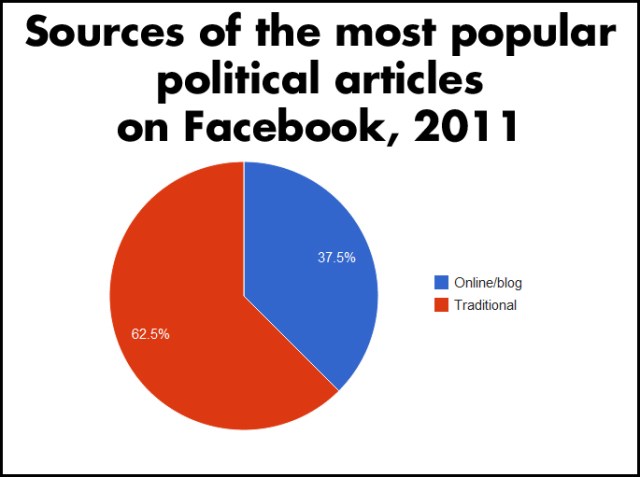