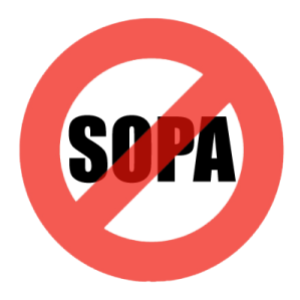 A group of influential and iconic tech entrepreneurs have written an open letter of opposition to the recently proposed Stop Online Piracy Act (SOPA), which has been published as a paid advertisement in several major U.S. newspapers today.

“We’ve all had the good fortune to found Internet companies and nonprofits in a regulatory climate that promotes entrepreneurship, innovation, the creation of content and free expression online,” the letter states. “However we’re worried that the PROTECT IP Act and the Stop Online Piracy Act — which started out as well-meaning efforts to control piracy online — will undermine that framework.”

In the letter, the entrepreneurs also warn that Congress is seeking internet regulation that’s on par with China and Iran — governments that are notorious for censoring potentially unpopular opinions under the guise of maintaining order. I can’t help but feel like this is also a direct response to remarks made by former U.S. Senator and current Motion Picture Association of America Chris Dodd, who referenced Google complying to the Chinese government’s request to block access to some sites as justification for SOPA.

In addition to those top tech executives, several companies and organizations have publicly come out against SOPA. Open-source online encyclopedia Wikipedia is even toying with the idea of staging a blackout in protest of the proposed law.

We’ve pasted the full letter below as well as a list of entrepreneurs who signed it.

An Open Letter to Washington

We’ve all had the good fortune to found Internet companies and nonprofits in a regulatory climate that promotes entrepreneurship, innovation, the creation of content and free expression online.

However we’re worried that the PROTECT IP Act and the Stop Online Piracy Act — which started out as well-meaning efforts to control piracy online — will undermine that framework.

These two pieces of legislation threaten to:

We urge Congress to think hard before changing the regulation that underpins the Internet. Let’s not deny the next generation of entrepreneurs and founders the same opportunities that we all had.