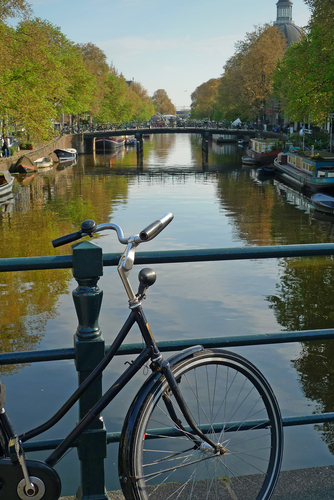 Think Amsterdam, and “startup hub” isn’t the first thing that springs to mind, but that may be about to change. Not one, but two startup accelerators just opened for business in the Dutch capital.

Throw in the burgeoning Appsterdam movement, the world-class local creative industry and the unique Amsterdam “vibe,” and you get an intriguing mix for startup founders.

Startup Bootcamp Amsterdam is a Techstars affiliate. The first Startup Bootcamp launched in Copenhagen two years ago, and the franchise will be established in five European cities by next year. There is a strikingly small number of Danish founders among the Copenhagen alumni but a relatively large numbers of female founders. This year’s teams came from everywhere from Ireland to Latvia. One all-female team, Supermama, hailed from Egypt.

The Amsterdam accelerator will be run by Patrick de Zeeuw and Ruud Hendriks, both of whom served on the management team of  mega TV production company Endemol (the inventors of Big Brother, Fear Factor, Deal or no Deal and many other TV formats) before starting their own media companies. While entry is open to all kinds of startups, Startup Bootcamp Amsterdam is therefore likely to skew towards media, with many mentors coming from the media and entertainment worlds. International mentors from the European Startup Bootcamp network will also participate and the accelerator will operate a partnership with Chinaccelerator, giving all participating startups access to China and other Asian markets.

Vodafone Netherlands is an investor in Startup Bootcamp Amsterdam. Teams receive a maximum of €17,000 per team and 6 months of free office space in return for 8 percent of equity. The accelerator program operates for 3 months and the application deadline is February 12th.

Local rival Rockstart also comes from the media world. Founder Oscar Kneppers started Bright, a glossy Dutch-language tech magazine in the spirit of Wired. You can see this heritage in the slick design of Rockstart’s website and intro video (full marks for using a Scottish narrator). Kneppers sees the accelerator as only the first step towards establishing Rockstart as a total startup “brand” with Rockstart media, academy, angels and even a Rockstart festival. “Startups are the rockbands of business,” he says. The Rockstart summer program, an option where startups can stay on after the initial accelerator program, will also involve 3 weeks in Silicon Valley.

Rockstart’s mentor list is a who’s-who of the local tech scene and is heavy on 20-something Dutch entrepreneurs. The Rockstart team insists that these are often the most useful mentors for new startups. The final 20 teams will be profiled by an HR firm that will evaluate their strengths and whether they will work well together, and this data will influence the selection of the final 10 teams. During the accelerator program itself, the teams will also work with the HR firm to build profiles of the next three people they need to hire post-funding.

Partners include Microsoft Bizspark and Deloitte. Teams receive up to €15,000 (€5,000 per founder) and 6 months of office space in return for an equity stake of 8 percent. Applications close on January 6th and applicants are expected to have built a minimum viable product.

So do you prefer an established European accelerator chain or a scrappy, startup megabrand in the making? Sign up here.

Note: Ciara is a volunteer mentor for both Startup Bootcamp Amsterdam and Rockstart