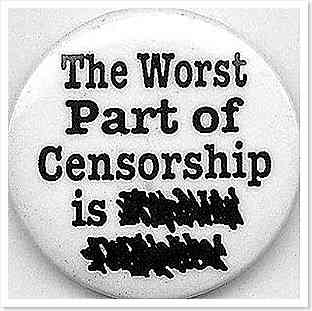 Vint Cerf, Esther Dyson, Jim Gettys and a score or two of Internet’s progenitors have written an open letter to Congress protesting the Stop Online Piracy Act (SOPA) and the Protect IP Act (PIPA). The move follows an open letter published in several newspapers yesterday by several top technology executives in protest of the same bills.

SOPA and PIPA are designed to protect copyright on the web, but they do so at a potentially devastating cost to the online freedoms to which we’re accustomed.

In today’s open letter, which is posted on the website of the freedom-fighting Electronic Frontier Foundation, the group of luminaries writes, “We … have played various parts in building a network called the Internet. We wrote and debugged the software; we defined the standards and protocols that talk over that network. Many of us invented parts of it.”

As for SOPA and PIPA, the group expresses its deep concern over the proposed and revised legislation, which itself is a rehash of last year’s proposed Combating Online Infringers and Counterfeiters Act (COICA), which passed the Senate Judiciary Committee but never had a vote on the Senate floor.

At the time, Sen. Ron Wyden said of the legislation, “Deploying this statute to combat online copyright infringement seems almost like using a bunker-busting cluster bomb when what you really need is a precision-guided missile.”

This sentiment is shared by many groups and individuals around the web. Sites like I Work for the Internet and AmericanCensorship.org are organizing grassroots actions to slow or stop the bill’s progress in Congress. And Wikipedia chief Jimmy Wales is even considering a total blackout of Wikipedia to protest SOPA.

On the EFF site, the open letter continues:

If enacted, either of these bills will create an environment of tremendous fear and uncertainty for technological innovation, and seriously harm the credibility of the United States in its role as a steward of key Internet infrastructure. Regardless of recent amendments to SOPA, both bills will risk fragmenting the Internet’s global domain name system (DNS) and have other capricious technical consequences. In exchange for this, such legislation would engender censorship that will simultaneously be circumvented by deliberate infringers while hampering innocent parties’ right and ability to communicate and express themselves online…

Senators, Congressmen, we believe the Internet is too important and too valuable to be endangered in this way, and implore you to put these bills aside.