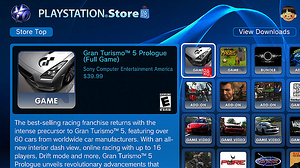 ony’s PlayStation 3 and Microsoft’s Xbox 360 weren’t designed with a wide array of post-release revenue opportunities in mind, which has caused a number of video game publishers to implement slipshod measures such as online passes or subscription services. This won’t be an issue for the next generation of consoles, with analysts predicting future PlayStation and Xbox devices will provide the appropriate infrastructure for companies like Electronic Arts and Activision to double digital revenue.

Publishers have turned to a variety of post-release approaches to maximize revenue – Warner Bros. used online passes with Batman: Arkham City and Mortal Kombat, Epic pre-sold “seasons” of downloadable content for Gears of War 3 and Activision created its own subscription service for the highly regarded Modern Warfare 3. Regardless of the means, these digital content packages serve two purposes – first, to provide video game companies with ways to generate additional digital revenue and second, to stem used product purchases.

However, much to the chagrin of consumers, these strategies haven’t always been implemented seamlessly – games have been launched missing codes and glitches have prevented players from accessing content. This is because these post-launch programs were designed as stopgap measures to provide a solution to a problem that was inconceivable when the PS3 and Xbox 360 launched.

“Unfortunately, in 2005 it was impossible to foresee that digital opportunities that exist here today in 2011 and it has been difficult for both Microsoft and Sony to facilitate the necessary technological implementations to foster true digital growth on a base technology designed nearly six years ago,” explains Jesse Divnich, vice president of capital research and communications at Electronic Entertainment Design and Research.

“[Online passes, DLC and subscription services are] part of a structural change of how publishers will recoup their investments,” Peter Warman, CEO at Newzoo, added.

Moving forward, Divnich anticipates the next generation of video game hardware will provide publishers with infrastructure that will better enable them to capitalize on their intellectual properties after their products have hit retail shelves. It’s all about penetration – video game companies want online services that enable them to engage consumers through a variety of digital touchpoints.

“Ultimately, consumers will take their favorite game or parts of it across all screens. Training your character and buying virtual items on your mobile phone during the day, preparing for the battle online with friends on the big screen in the evening,” Warman suggests.

This translates into a revenue rainfall for major publishers. EEDAR estimates the big video game brands will be able to generate 20 to 30 percent additional revenue on their products through new digital initiatives, up from the 10 to 15 percent standard set by current video game hardware. 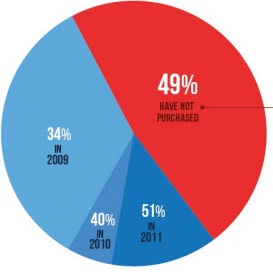 Divnich says: “It is safe to say we have high expectations that both Microsoft and Sony will continue to implement new technologies and services that will facilitate significant digital growth in the future.”

Moreover, consumers won’t be able to resell this type of content – another win for software manufacturers.

“Cutting out the middle man and preventing second-hand trading is accelerating [the development and adoption of digital revenue models],” Warman asserts.

As many as 51 percent of current-generation console owners purchased post-launch DLC in 2011, up from the 34 percent who did so two years ago, according to a recent EEDAR study, highlighting the growing interest in digital content packages.