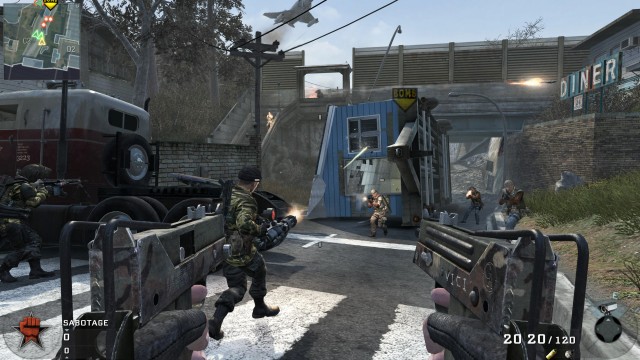 Google has released its nifty Zeitgeist report for 2011, outlining the most popular search terms under a number of different categories. Somewhat unsurprisingly, the terms ‘Black Ops’ and ‘Call of Duty’ top the list of video game related searches.

Black Ops was released in November 2010, and went on to become the best-selling game ever. Call of Duty: Modern Warfare 3 was released in November this year and sold $1 billion worth of games in its first 16 days on sale, eclipsing the entertainment revenue record held by the film Avatar. With figures like those, it is quite clear why the series has been the target of so many Google searches during 2011.

Rival first person shooter Battlefield 3 came seventh on the list, and it was the only video game to feature in the top 10 fastest rising global search terms, coming in just above searches for “iPhone 5”. The most common inclusion of the term Battlefield 3 came in searches for “beta battlefield 3”, perhaps showing the marketing power of offering mass access to the Beta build of the game, prior to its release. Whether people left the notoriously buggy Beta with as much enthusiasm as they searched for it though, is not known.

Those results will certainly please Activision Blizzard, the publisher behind both World of Warcraft and the Call of Duty series.

Video games also crop up in other part of the Zeitgeist report. ‘Angry Birds Costume’ was the fastest rising costume search in the US. The search term ‘LEGO Black Ops’ also makes a surprising appearance at number 9 in the fastest rising toy searches. Following the unusual search term brings you to this video, which offers a brutal re-enactment of a Black Ops multiplayer game, with a variety of LEGO mini figures bearing the brunt of someone’s overactive imagination. Please don’t watch if you are likely to be upset by the mistreatment of plastic figures.