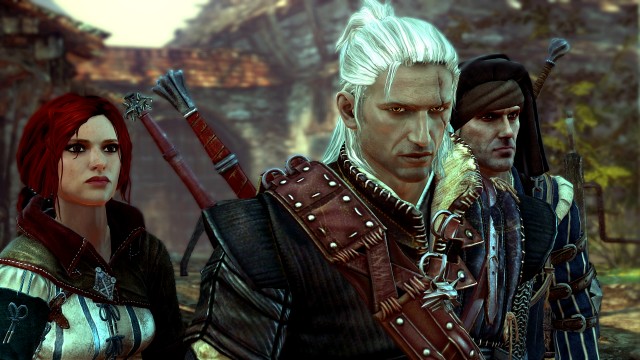 Last month Witcher 2 developer CD Projekt talked about the estimated 4.5 million copies of its game that had been illegally downloaded via BitTorrent. Now it seems the company is going after users it believes have downloaded the game illegally, demanding $1,230 in damages from these individuals, via a German law firm.

CD Projekt has spoken to Eurogamer, saying “we could introduce advanced copy protection systems which, unfortunately, punish legal customers as well. Instead, we decided to give gamers some additional content with each game release, to make their experience complete.”

“However,” CD Projekt added, “that shouldn’t be confused with us giving a green light to piracy. We will never approve of it, since it doesn’t only affect us but has a negative impact on the whole game industry.”

The Torrentfreak website claims that thousands of alleged Bittorent users in Germany have been contacted by lawyers acting on behalf of CD Projekt, over the past few months. They have been asked to hand over €911.80 ($1230) to pay off their apparent debt to the company.

This is not the first time that such mass settlements schemes have been used in the fight against piracy. Speaking of a similar scheme earlier this year, Virginia District Court Judge,  John Gibney wrote “the plaintiffs seemingly have no interest in actually litigating the cases, but rather simply have used the Court and its subpoena powers to obtain sufficient information to shake down the John Does”.

As Torrentfreak points out, such blanket initiatives are in danger of affecting innocent members of the public, and “aside from targeting many people who indeed downloaded and shared the game without paying, CD Projekt’s lawyers are also wrongfully accusing people who have never even heard of the game.”

CD Projekt has a track record of being involved in such mass settlement schemes. In 2008, UK based file-sharing lawyers Davenport Lyons demanded cash settlements from individuals who were said to have illegally downloaded the original Witcher game.

In response to concerns over its actions, CD Projekt has insisted that “we only take legal actions against users who we are 100 per cent sure have downloaded our game illegally.”