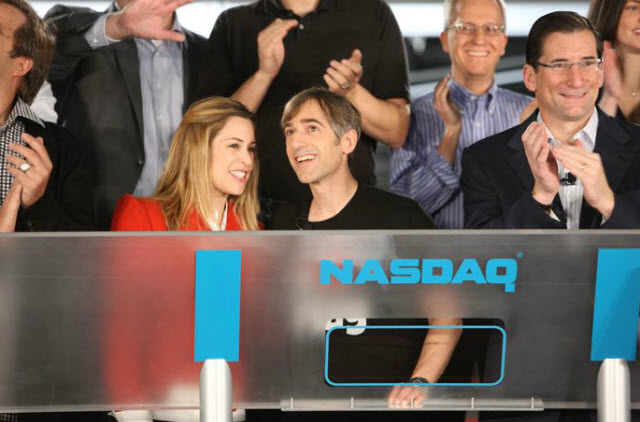 Zynga’s opening trades for its offering of $1 billion at $10 a share are about to begin. The overall stock market is trading up this morning, so the company picked a good day.

Pincus rang the opening bell along with board member Bing Gordon and Pincus’s wife, Alison Pincus. Watching them was a horde of employees at the company’s headquarters in San Francisco.

“We thought about the logistics of taking you to New York,” Pincus said. “So we brought the Nasdaq here.”

He added, “With our ipo, we are accelerating this mission of connecting the world through games. There is a lot of energy around our company. And what we need to do is focus that back on our mission and get regrounded in our mission of making games we love to play.”

Zynga is the biggest IPO in gaming history and the biggest tech IPO since Google went public in 2004. The social game company has 230 million monthly active users. 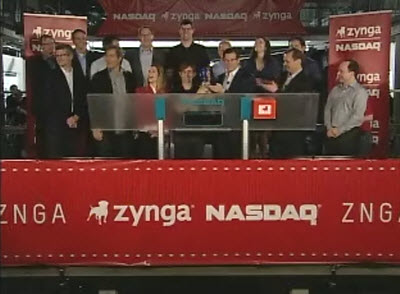 The experience of creating Zynga “renewed my faith in the power of venture capitalists,” he said. “Bing Gordon and John Doerr are here today, and they have been an inspiration to this whole company.

Other social game companies are glad to see Zynga finally going public after first filing for the IPO in July. As we chronicled in our extensive history of the company, Zynga has come a long way since chief executive Mark Pincus founded the company in 2007. His tale is sure to inspire other entrepreneurs. 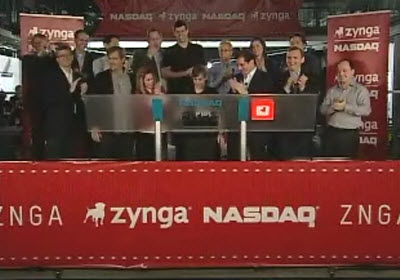 A similar social gaming company, Nexon, went public on the Tokyo Stock Exchange on Wednesday, with a pre-trading market capitalization of $7 billion, although it closed the day down about 3 percent off its IPO price. The Asian online gaming giant raised $1.2 billion and made net income of $260.1 million, up 14 percent, on revenue of $853.5 million, up 26.5 percent, for the nine months ended Sept. 30.

BTIG also wrote a report on Zynga on Wednesday morning that said investors should participate in the Zynga IPO within the $8.50 to $10 a share price range. The research firm’s analysts Richard Greenfield and Brandon Ross wrote that they believe Zynga’s social games are a cure for boredom, much like TV, and can be played anywhere. They said that Zynga is a “media company” focused on taking a greater share of your time and money spent on entertainment. They said Zynga’s growth will be driven by launches across more game platforms, with a powerful network effect. They see continued growth of social networking beyond 1 billion users, with both Zynga and Facebook benefiting. 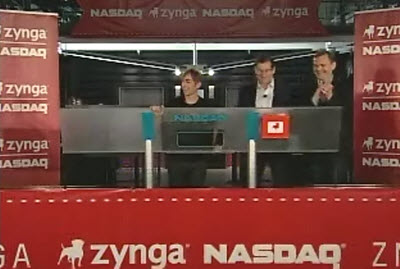 Pincus said, “We founded this company on a few premises. That there should be free games for everyone in the world to play. And you guys, our shareholders and employees, should be able to lead and share in the success of the company. I’m proud we did that.”