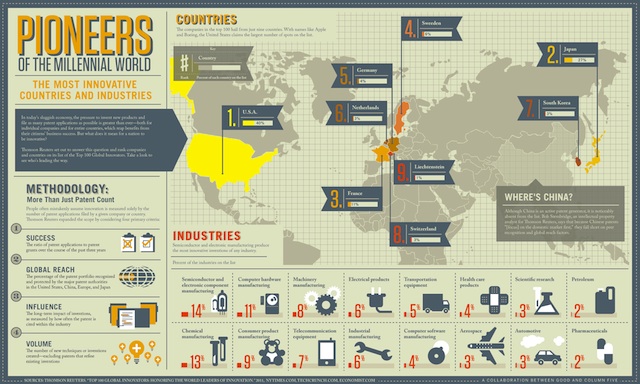 Innovation has gone global. The United States is no longer the majority source of patents in the world — though it does lead other countries by a wide margin, at least as measured by the number of innovative companies that call the U.S. home.

In this infographic from Good Magazine, the world map shows what percentage of Thomson Reuters’ “Global Innovators” list is headquartered in each country. The U.S. leads, with 40 percent of that list’s companies based here. It’s followed by Japan (with 27 percent), France (11 percent) and Sweden (6 percent).

Click on the image above to see the full-size version.