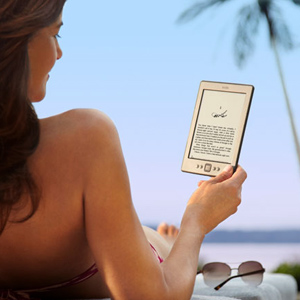 In a push for last-minute and impulse buys, Amazon is offering its customers free two-day shipping on the four most-recent Kindle models before the end of the day on Dec. 21.

Amazon has been making an aggressive push for its new Kindle line up, especially with the Fire, which it hopes will be a vehicle for media content sales. Last week, the company said it had already sold “millions” of the Fire, and it was currently selling 1 million units with the Kindle branding per week.

To push Kindle sales for the year even further, the company is offering customers who order by 8 p.m. PT on Dec. 21 free two-day shipping on four Kindle models: the $79 Kindle, $99 Kindle Touch, $149 Kindle Touch 3G and $199 Kindle Fire. Each product fills its own niche, but if I had to guess which of these would be the best-selling, I’d guess the $79 Kindle for the crazy-low pricing and the $199 Kindle Fire, for being a cheap Android tablet that can play Angry Birds, read books and watch movies.

Amazon introduced the Kindle Fire, the fourth-gen Kindle and Kindle Touch back in late September and began selling the Fire and Touch models in mid-November. By the beginning of December, Amazon had shipped between 3 and 4 million Kindle Fire units, which could mean it is already the number two tablet by market share in the U.S. after the Apple iPad.

Will you be buying/receiving a Kindle for the holidays this year?