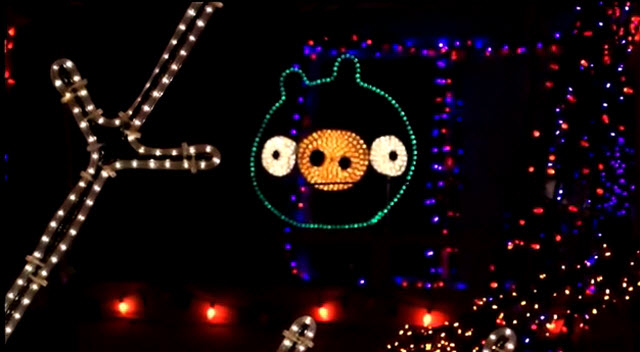 You know that Angry Birds has reached a new height if people are so crazy about it they’ll create a Christmas light display dedicated to it — with 20,000 lights. Can you imagine how long it took to set this up? And you can actually play it with a controller.

It’s from Ric Turner, the same man who brought us the Guitar Hero Christmas Light game, and it’s set up outside his own house in Santa Clarita, Calif. It takes two computers, 10 Light-O-Rama 16-channel controllers, and more than 20,000 lights. It costs less than one cent of electricity per game. Audio is broadcast on 99.1FM. The controller has a long enough cord for people to play in their cars on the street.