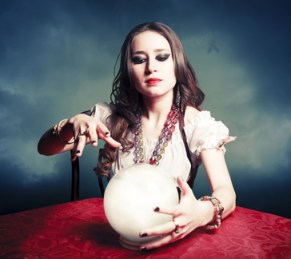 From delayed IPOs to buyouts and layoffs, 2011 proved to be a volatile year for daily deals companies. In the past 12 months, the industry was defined and legitimized, but had just as many mistakes as successes.

The biggest daily deal flaw in 2011 was that primary pioneers of the product created an unsustainably expensive infrastructure to deliver it. They tried to build new, enormous consumer brands just around deals; they spent too much on Super Bowl ads and sales forces to sell only one kind of marketing program. The “Groupon tax” is too high.

And, while many of the infinite small deal sites are now being weeded out and even some larger programs are shifting focus, I believe 2012 will usher in new programs that merge content with a seamless deal delivery experience. The focus will not be on deal sites and daily emails, it will be on matching the right customer with the right offer at the right time. With this in mind, here are few of my predictions of what’s ahead for the daily deal industry.

1. LivingSocial will be purchased

The Amazon-funded daily deal site has patiently waited in the IPO shadow, and has learned a lesson or two from its rival’s bumpy road to Wall Street. I predict that LivingSocial will not stay independent long, despite its IPO plans. Instead, the deal provider will jump to the head of the group-buying pack by combining assets with a major e-commerce player. By merging with a company backed by a large Rolodex and bank account, LivingSocial will be poised to successfully leapfrog Groupon and render it a mere also-ran in the daily deals landscape.

2. Two hundred “Groupon clones” will bite the dust as consolidation mode takes off

With more than 600 companies currently operating in the group buying space, industry consolidation is going to become a very real threat to many daily deal sites. According to Yipit.com, over 170 deal sites failed in 2011. Next year the trend will continue as large companies purchase smaller rivals and other generic deal brands go belly up. I think more than 200 of the ‘me-too’ deal sites will close their doors within the first six months of the New Year. Meanwhile, sites that have found a way to integrate daily deals into their existing content, rather than just photocopying Groupon’s model, will not only survive but thrive.

I believe 2012 will be the year big brand sites, which source hundreds of deals to large audiences with diverse interests, establish a profitable business model. But profits will only follow the ability to tailor content, matching the right customer with the right merchant. Simply put, the daily space will be dominated by the players who understand how to effectively merge content and commerce into a seamless experience, allowing consumers access to relevant deals anywhere and at any time. In 2012, I think Groupon and LivingSocial will make massive investments in their mobile capabilities, while Google, Facebook and other major audience aggregators will extend their commitment to the integration of location, advertorial, mobile and contextual commerce.

4. Lacking loyalty, Groupon goods will come to a dreary demise

From the operational challenges associated with maintaining a physical inventory to heavyweight competition from highly efficient retailers like Amazon, Gilt and eBay, Groupon Goods has faced an uphill battle from its very beginning. I predict that the fatal flaw in Groupon’s product arm will be the lack of loyalty and repeat customer opportunity. In fact, recent Forrester research already suggests that 51 percent of customers who buy the heavily discounted goods said they would’ve purchased those goods or services at full price anyway–but took the discount instead because it was available. Merchants, lacking the customer acquisition required to justify the steep discounts, will opt out of the site’s partnerships. 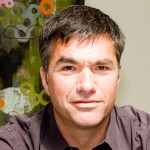 Tippr Founder/CEO Martin Tobias is a veteran executive, serial entrepreneur, and a green energy and technology venture capitalist. Tobias has more than 30 years of experience creating and leading successful companies including Loudeye Technologies, Impreium Renewables and Kashless, Inc. From his beginnings as a programmer, Tobias has focused on applying technology to solve real world business problems.