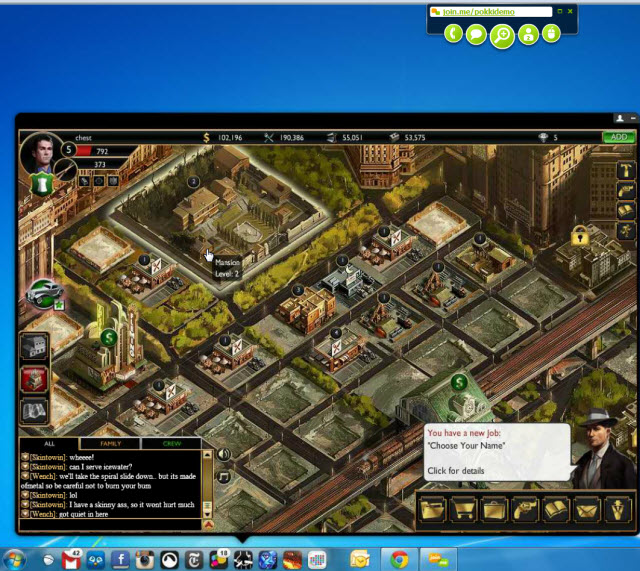 SweetLabs is announcing today that Kabam’s social games will be available on its Pokki app platform, which delivers a one-click app experience to the desktop computer. 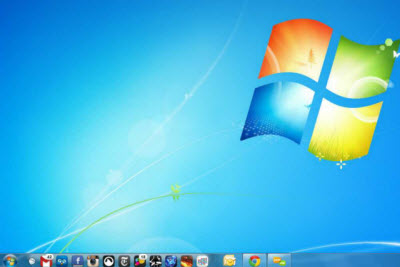 That means that Kabam games such as The Godfather: Five Families (pictured above) will show up on the Pokki icon bar, which integrates with the task bar at the bottom of the screen in Windows computers. So you’ll see an icon for the Kabam games and other apps that you use frequently, with a number on each icon that shows the number of alerts that have been sent to you within the application.

The idea behind Pokki is to create an easy-to-use app platform on the desktop that replicates the kind of experience that users enjoy on smartphones and tablets.

“We are spoiled by fantastic experiences on smartphones and tablets. There are 1.25 billion people using Windows and no one has brought an app experience to them,” Chester Ng, co-founder and chief marketing officer of SweetLabs in San Diego, Calif., told VentureBeat.

The partnership benefits Redwood City, Calif.-based Kabam because it gives the company a lot more exposure to users. Just by glancing down at the tool bar, users see notifications from games such as the Godfather, Dragons of Atlantis, Thirst of Night, and Edgeworld. You can download the free apps in the Pokki app store, which has about 100 apps now. The app also allows Kabam to more effectively spread beyond Facebook — one of the company’s strategic goals. It will help Kabam reach more gamers and get them to return to the games more often. 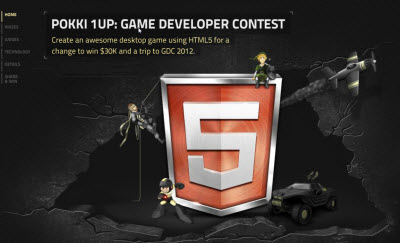 SweetLabs began working on Pokki about 18 months ago and launched a beta version in June. The Pokki bar has other apps such as Instagram, Facebook, Rdio, Gmail and Twitter. With the Twitter Pokki app, usage went from 5 hours a month to 9 hours a month during the beta period, and users are opening Twitter 18 times a day now.

SweetLabs was able to get those apps in part by holding a contest for developers. It is holding another contest for game developers now with a $50,000 prize for the best new game for the Pokki app platform. The winners will be announced in March at the Game Developers Conference.

SweetLabs has raised more than $21.5 million to date, including a $13 million round from Intel Capital, Google Ventures and Bessemer Venture Partners in September. Besides Pokki, SweetLabs also runs the Open Candy ad network, which offers recommendations to users when they are downloading and installing apps. Open Candy has powered more than 400 million desktop app installs since launching in 2008.

SweetLabs has 65 employees and was founded in February, 2008. Ng said the Pokki system works with Windows 8 as well. Over time, Ng said the Pokki app platform will run across multiple operating systems, making it a true independent app store.