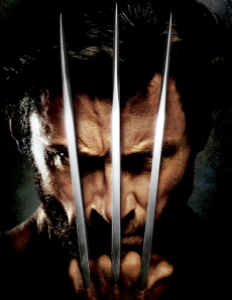 If you’re going to spend a year in prison for an extreme act of piracy, you may want to at least make sure the movie you’re uploading to the internet illegally is worthy of the crime.

A big-budget, cheesy super-hero isn’t worth a year in jail in my opinion, but federal courts disagree. The 49-year-old New York man who uploaded Twentieth Century Fox’s X-Men Origins: Wolverine to MegaUpload in March 2009 — a full month before the film hit theaters — was sentenced to a year in federal prison Monday, reports Deadline Hollywood.

In addition to pirating a “workprint” copy of the film, Gilberto Sanchez also publicized the upload on several websites that allowed others to download a digital copy. Although Fox was able to get the video removed from MegaUpload within a day of being uploaded, the damage was already done.

The judge described Sanchez’s actions as “extremely serious”. In addition to the prison sentence, the judge also put him on a one-year supervised release and several computer restrictions.

I’m surprised Sanchez didn’t get a more severe sentence since the movie he uploaded didn’t even have a chance to make money in the theater.