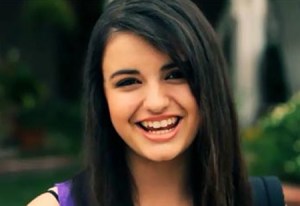 In its annual roundup of the most-watched videos of the year, YouTube paid homage to its greatest success stories: the out-of-the-blue surprise performers.

In 2011, YouTube “was once again doing what YouTube does best: giving people a global stage,” said a company spokesperson in an email to VentureBeat.

From Karmin’s cover of Chris Brown’s Look at Me Now (a wild success receiving rave reviews — err, comments) to Rebecca Black’s disastrous troll of a music video (which nonetheless propelled the hapless girl into Internet stardom, a sympathy shout-out from Lady Gaga and a Katy Perry video), the past year wasn’t so much a break from the norm as it was a celebration of YouTube’s most interesting premise, that of giving a voice to any goober with a webcam.

We won’t bore you by embedding all the most-watched videos of the year — we think we’ll all be better off for not hearing “Friday” ever again — but here are some hand-picked favorites.

Thanks to Andy Samberg, we now know that the aging crooner is a huge cineophile.

During a public forum in the Iowa House of Representatives, one young man made a simple statement that resounded around the world. Wahls, who was raised by two women, gave same-sex marriage advocates fodder for positive discussions in a heated political climate.

This eighties movie-inspired clip features the adorkable Miss Perry and a slew of eighties period characters, from Kenny G to Debbie Gibson. Before the vid hit the ‘Tube, Perry tweeted, “I told someone about my new music video I just filmed & they responded with ‘Wow, that’s gonna break the Internet.'”

Second Most-Watched Family Video: Telling my dad that I am gay – LIVE

As the military repealed Don’t Ask, Don’t Tell, gay and lesbian soldiers, sailors, Marines and airmen all over the globe were at liberty to speak openly about their orientation. The 21-year-old Randy Phillips had been anonymously posting videos to YouTube for five months leading up to the repeal. On September 20, he finally revealed himself to the world — and his father.