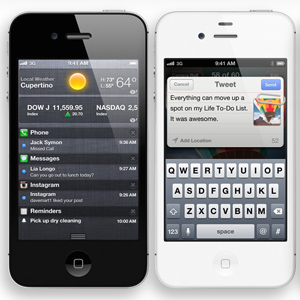 Apple could ship an unprecedented 30.3 million iPhone units during the final quarter of 2011, according to an analyst at Susquehanna Financial Group.

Susquehanna appears to be falling in line with UBS analyst Maynard Um’s prediction a few weeks ago that Apple would sell as many as 30 million iPhones by the end of December. Both Um and Susquehanna have now bumped their initial iPhone sales up by 2 million, based on super-strong web buzz and strong sales reports from carriers.

In terms of the full year projections, Susquehanna now is estimating Apple could ship as many as 111.4 million iPhones in fiscal year 2012 (which started in October), up from its previous estimate of 104.4 million units.

“Demand appears solid as iPhone 4S continues to ship in one to two weeks online and stores are generally sold out for in-store reservation and pickup (still hoping Santa has a few left),” Susquehanna analyst Jeffrey Fidacaro said in an investor’s note on Wednesday. “These factors, combined with positive color from Best Buy and AT&T, led us to increase our iPhone shipment forecast for North America and modestly for Western Europe and Asia Pacific.”

For future product predictions, Susquehanna indicated that Apple will likely unveil the touted iPhone 5 sometime around June. That said, I’d take that last estimate with a grain of salt because of how off projections were concerning the iPhone 4S launch.