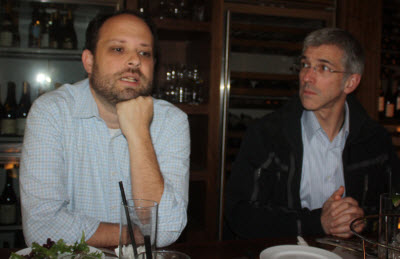 Q: Is there something more about an Ultrabook that contributes to flow, in a way that a regular laptop doesn’t?

DG: For sure. An Ultrabook has features like the instant boot-up. That’s one of the things that people have been frustrated by with PCs for a long time because maybe I want that better PC experience, the full experience, but it’s going to take me a minute and a half or whatever to turn that thing on. You’re not going to wait for that. There’s no way you’re going to get a full experience with that kind of thing.

So some of it is the instant-on. Some of it is the push, sort of faster read-write memory caches in there so that it uploads faster. Things don’t slow down as much. So you get less hourglass experiences and there’s a whole lot of technical stuff going on underneath to make that happen. On an engineering level, it’s about responsiveness. It’s about [making sure] that the computer isn’t interrupting you, because when a computer interrupts you is when you get out of a flow experience.

TS: Going forward, if you think about flow and maintaining and managing and encouraging the flow experience across a variety of activities, then the Ultrabook has to do other things as well. You can start imagining that it would have touch interfaces and “non-touch” interfaces along with the traditional ones.

Let’s say you are drawing a picture and you don’t want to interrupt your train of thought. The technology should let you draw a picture and not have to worry about the mouse thing or the little touchpad thing because you can actually use a variety of input devices to do the thing you want to do without having to worry about how it works. That’s a simple example; but if you think about all the decisions you have to make to make a computer, if you’re actually helping make those decisions based on encouraging a compelling flow experience, then you make different decisions.

DG: We’re the guys who will tell the rest of the company what the user desires are. What we have done, really for the first time as a company, is put in place some expectations into the Ultrabook requirements. We have to say what an Ultrabook needs to deliver. And obviously right now, we’re starting with the core essence of it. That is built around the look and feel and the responsiveness and all those kinds of things that are part of the specs that go into what makes an Ultrabook. It’s all about how we enable a better flow experience.

Q: Not every computer maker is going to be able to hit this experience right out of the gate, especially if you don’t want the machine to cost too much, right?

DG: Price is a big part of making an Ultrabook into a mainstream desire. This desire for these ultra sleek, ultra responsive, ultra secure PCs is something that everybody has. The people who are going out and buying PCs have a desire for these features we’ve been talking about. Thin laptops have been around for a long time. But this is about trying to change what computing means to people. We want to enable a different experience on the PC.

TS: So to expand the conversation just a little bit, one of the trends we’re seeing is that the kinds of devices, the form factors of the devices, is actually diversifying and it has been diversifying since the 1990s and it’s going to continue to diversity. So this notion that we will converge on one mega device is kind of – it’s put to rest.

There is no one device that everybody will converge to. There’s going to be a diversity of devices and a lot of it is shown by what David was saying. There’s a style to suit me. It’s not only a style. There are capabilities to suit me. One of the reasons that can happen is because the base technologies, the base commodity technologies across the board, have become less expensive, small, very capable, very reliable. We’re seeing an industry in transition, an industry where you’re seeing a much wider diversity of devices, sort of a Cambrian explosion of devices. Prices are going down and down, and as they do, you enable things that people have always wanted. The idea of thin and light computers has gone back to the 1990s. Now we are delivering it.

Q: What prevents people from reaching a state of flow with a laptop?

TS: Ultrabooks have faster flash memory. The slow hard drive access on a laptop creates a barrier to that flow. If you have to keep going back and forth then it sort of pauses. Just as you’re doing something, you get an hourglass. Crashing really interrupts your flow.

DG: Even things like the graphics and how video plays matters. If your video experience becomes jerky, that interrupts you from being immersed in the world of the video. You’re lost in the experience you’re having, and when that happens, the interruption reminds you that you’re using a computer. It kind of jolts you out of that experience that you’re having. So it even has implications at the design level of the CPU as to how to think about what we’re doing and where we’re putting energy.

TS: It goes back to the specs and quantification question. 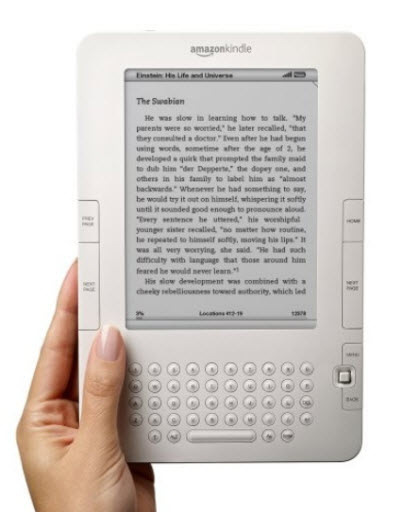 Q: Can you explain the mobility-without-compromise part?

DG: We do a lot of work on this. People want highly mobile devices. Everybody aspires to have a device that you can take anywhere. But the reality is that, for most people, it’s used within the home. I mean even tablets. Something like 75 percent of the time, people are using tablets or laptops at home.

So people want the high mobility that these devices represent but they also want to have that performance. They want a “no compromise” experience. So when you talk to people beyond the early adopters, they love that tablet experience and the fun of it. They love the ease of use. But they don’t like the performance. Mobility without compromise is addressing that.

Q: In productivity or entertainment?

DG: Both. I say that because, when you start to think about an Ultrabook a little bit down the road, not these first instances, you see that it can have a screen that is convertible from a tablet to an Ultrabook. It has the processing power to be a full PC or be a tablet. You will see more of these hybrid devices.

Q: Do you worry about too much fragmentation or diversity?

DG: Yes. I mean I think that is one of the reasons why the Ultrabook is trademarked and has got specs. We’re going to say, hey, if you want to qualify for the Ultrabook name, you have to meet these specifications. We worked with the computer makers on that. It’s not something that comes out of thin air. If I’m buying an Ultrabook, I know I’m going to get a certain type of experience and so that’s the thinking behind that.

TS: I’m going to expand on this a little bit. I think there are two directions you can go. We did some research back in 2005 or so. We had a notion for a particular kind of electronic book back then and we were playing around with a business group. People had tried for years to make electronic books. People wanted them, but they never bought them.

There were a few key issues. There was clearly the business model issue that has been addressed with app stores, and there was the issue of digital rights management. But there were also, it turns out, some physical issues related to the form factor, not the least of which was just its weight. The first really popular eBook reader, the Kindle (pictured above), solved that. Earlier devices were too heavy to hold. 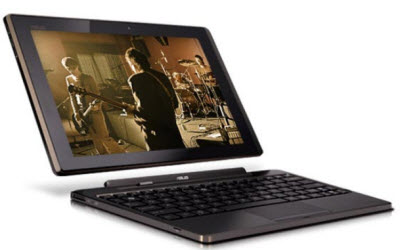 For instance, we have examples of natural user interfaces. Companies like Intel and Microsoft have been thinking about them for a long time, but it just wasn’t practical yet from a technology standpoint to have it actually work in the market. Now it’s out there with things like Kinect. It’s not perfect, but it’s in the market now. I think in the long run, there will be a significant move to natural user interfaces, like voice and gestures.

DG: Some people are going to love every new gadget that comes out no matter whether they’re 75 or 25, and some people are not. I do think when you look at how younger people are growing up with technology today, it is fundamentally different. I mean I look at my five-year-old or even my two-year-old. He constantly walks up to the TV and gets his grimy hands all over the screen and tries to swipe it because that’s just what he’s used to. He has grown up in a world of touch-enabled devices. So I think over time, you see these things shift.

TS: I’m going to give you a slightly different twist on that. This the hypothesis that I hold and we’ll see how it holds: I think we’re going to see a diversity of input devices. Some things are going to be the new natural user interface for a computer. But some things have actually so far proven to be quite resilient. The keyboard is actually quite good for putting a bunch of words into text form. It’s a hard thing to replace.

Will we always use the keyboard for everything? No, probably not. We’re going to use different kinds but you see that diversity of input devices. If you’re a painter, you’ll want a paint brush on your electronic device. You will touch it to the canvas with a very light touch or a heavy touch and you will get a different effect.

At this point, we believe it’s actually limited by imagination. It’s imagination that is not just ours at Intel. We have a good imagination. There’s a lot of really, really great imaginative people but there’s a whole industry of folks and people who are going to think about all different things that you can’t possibly predict now.