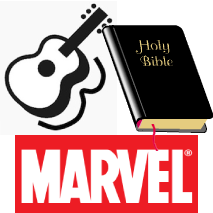 The U.S. House judiciary committee responsible for the Stop Online Piracy Act (or SOPA) has released a list of companies (PDF) that have publicly expressed their support for the legislation.

SOPA gives both the U.S. government and copyright holders the authority to seek court orders against websites associated with infringing, pirating and/or counterfeiting intellectual property. The implication of having the bill pass is that it could drastically change the way the Internet operates. For example, if a website is accused of containing copyright-infringing content (such as a song, picture or video clip), the site could be blocked by ISPs, de-indexed from search engines and even prevented from doing business with companies like PayPal.

Rather than uphold the potential law fairly, many expect media companies to file court orders against any piece of content that gets in the way of their own licensed properties — thus giving them an advantage over anyone that isn’t a huge business with a legal department. As we previously noted, SOPA is likely to have a negative effect on business and innovation if it’s signed into law.

However, as the judiciary committee’s list shows, 142 companies and organizations publicly support the act. The list is dominated by music labels, book publishers, television networks and movie studios. And since the majority of funding for SOPA support is coming from media and publishing companies, this isn’t very surprising.

One thing I found interesting about the list was the number of pro-SOPA companies based in my native city of Nashville, Tenn. (a.k.a. “Music City”). Of the 20 businesses I identified, most of them were affiliated with country music, Christian music or religious book (bibles) publishing companies. It’s worth noting that earlier this year lobbyist groups based in Nashville helped urge lawmakers to pass a new state law making it illegal to share your streaming music or video subscription account, punishable with jail time and thousands of dollars in fines.

The list of SOPA supporters also includes Disney-owned Marvel Entertainment, which is responsible for producing comic book/film super-hero properties like Spider-Man, X-Men, Captain America, Iron Man and several others (I have to wonder if this development turns Marvel’s classic do-gooders into unintentional super-villains). The list also includes some companies that have little to do with digital copyright licensing and piracy. Makeup and accessory companies like Estée Lauder, L’Oreal and Revlon are all included on the list, as well as pharmaceutical company Pfizer and jewelry company Tiffany & Co.

Online communities, such as Reddit, are taking advantage of the judicial committee’s official list of SOPA supporters by encouraging people to contact each company to voice their disapproval. If you wrote a letter to one of the a pro-SOPA companies on the list, copy and paste it into our comment section below.