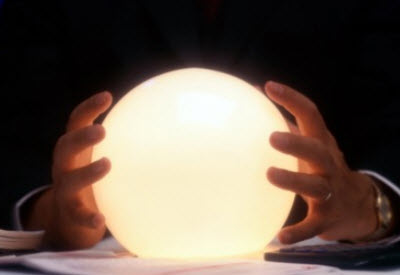 We all know how worthless predictions can be, but they’re kind of irresistible. They’re easy to make, particularly if nobody pays attention to whether they came true or not. I could come up with a lot of crazy forecasts, like Zynga buys Ubisoft. But I’ll try to stay real this year. If you have some ideas of your own, please leave them in the comments and take our poll at the end.

1. Social and mobile gaming will get stronger. Now that Zynga and Nexon have both raised a billion dollars, they’ll be able to use that money to accelerate acquisitions and expand their positions in the fastest-growing parts of the video game business. Along with that growth will come more competition. Big rivals such as Electronic Arts and Disney are battling in the same markets. Consumers are embracing content on social networks and mobile devices. But it won’t be a walk in the park. Companies like Zynga will have to work harder than ever to get users to keep coming back to their games. The good thing is that social and mobile games are already popular, but they’re in their infancy. They have plenty of room to evolve and grow.

2. Console games become the Red Queen. Like the Red Queen in Through the Looking Glass, console and PC games will continue to run just to stay where they are. With sales flat compared to 2009 and 2008, the console game sector appears to be stuck. Game publishers will have to get creative, pulling out all of the stops when it comes to more touch points, accessibility, and more platforms for the distribution of their AAA content. Activision Blizzard’s move to create the year-round subscription for Call of Duty Elite is one way to expand that franchise and its revenues at a time when the larger console market is flat.

3. World of Warcraft will continue its steady decline. Rift has already put a dent in the WoW subscriber base, getting more than 1 million players for the rival fantasy role-playing game. And Star Wars: The Old Republic will likely take away more users as well. Gamers have already formed more than 78,000 guilds in Star Wars, and the guilds make the game sticky, as you’re less likely to quit if you play with friends. And the ankle-biters are coming. Online games using the free-to-play model are also trying to offer gamers a better deal than WoW can. The question is whether Blizzard will be able to execute an orderly retreat. At some point, the company will launch Titan, its next massively multiplayer online game. But it sure doesn’t look like that game will arrive in 2012.

4. Cloud gaming gains ground. In 2010, OnLive launched its cloud-based game streaming service. But its impact hasn’t really been measurable yet. OnLive hasn’t released user numbers, retailers such as GameStop haven’t gone out of business, and publishers are still counting on retail sales for a big part of their revenues. In 2011, cloud gaming continued to expand, growing to the United Kingdom and spreading to mobile devices. As more web sites embed cloud-gaming demos for free, users will start to see the benefits of the games-on-demand services. We can expect to see more game streaming in 2012, since Gaikai has teamed up with Wal-Mart and GameStop is prepping its own service. OnLive has a couple of hundred games available, making it a force to be reckoned with among those distributing games in digital form. If more titles and more exclusives land in the lap of OnLive, the gamers will follow. But the question is, will the growth be gradual, or will it pick up momentum in 2012?

5. Tablets and smartphones will continue to steal gamers from dedicated handheld gaming devices. Sony’s PlayStation Vita is making a valiant attempt to turn the tide against the Apple iPhone and iPad, but it seems like a lost cause as the tablets and smartphones are starting to offer a good enough gaming experience. New tablets, such as the Kindle Fire, have brought prices down to $199. The competition between Android and Apple will accelerate the rate of innovation in mobile, and that will grind up the dedicated gaming devices. Kids in particular will drive this transition as they move from the iPod Touch to iPhones to iPads, possibly skipping handhelds altogether. The PS Vita has plenty of cool new games, but it’s hard to beat the free-to-play or 99 cent prices on iOS and Android.

6. The platforms will multiply. In every part of the business where there isn’t enough competition, new platforms will emerge to provide it. Google+, for instance, will rise as a gaming platform to compete with Facebook, which has pretty much wiped out a lot of its competition. In mobile, Microsoft’s Windows Phone will mount a bigger challenge to Android and iOS. And within existing platforms, such as Android, we’ll see new kinds of gaming devices emerge. And where these new platforms arise, they will prominently feature games, because games will help differentiate these platforms and show off what they can do.

7. Nintendo launches a console in the fall of 2012, but Sony and Microsoft wait until 2013. Nintendo’s new Wii U console is expected to debut in 2012 with its tablet-like controller. But I don’t expect it to set the world on fire the way the Wii did starting in 2006. That will give Microsoft and Sony some breathing room to create high-end machines that can run circles around the Wii U. By waiting a year, the heavy-duty console makers can stretch out the console cycle by one more year and then make more money on the current generation. They will also be able to launch advanced consoles with one more year of the cost learning curve under their belts. Having said that, I would bet that it is more than likely that Sony and Microsoft will try to dampen the enthusiasm for the Wii U by announcing new systems in 2012 that won’t ship until 2013. That’s the familiar vaporware tactic that helped the PlayStation 2 defeat Sega’s Dreamcast in the good old days. I have no inside information on this prediction. It’s just based on my gut feel.

8. Location-aware mobile gaming will gather momentum. Will Wright, the gaming legend who created SimCity, is exploring location-based entertainment because it can lead to what he calls “personal gaming,” where a game can be more easily customized to a person’s tastes because it makes use of data that it knows about that person. By tapping into location information, game creators can make their titles more and more relevant to consumers. To date, location-based games have had density problems, where not enough players are playing in one location. But it’s possible to design games that get around this issue, and developers will be able to keep you entertained based on where you are.

9. Family mobile data plans increase game consumption. I borrowed this prediction from Exent, which forecasted that numerous mobile carriers will lower their data fees per device and allow families to share plans. This means that you won’t have to pay a lot extra to enable your kid to play online games. That will enable more users to engage in connected social games on mobile devices that operate at satisfyingly high speeds. That could trigger sales of more data-enabled devices, which are ideal gaming machines.

10. HTML5 won’t be ready for prime time yet. This new format for web content wants to be the lingua franca of the web. But it isn’t so fast when it comes to running games. By contrast, native apps run much better on mobile devices. HTML5 games can’t make use of specific hardware in games such as a camera, and they don’t work well if the browser’s connection is weak. As devices get better and web speeds improve on mobile, HTML5’s performance will get better. But it has a long way to go, and native or hybrid solutions are likely to rule the day next year.

11. Monetization matters. New revenues from ads and improved conversion rates will provide a bigger growth rate for the industry. Too many companies rely on one business model when they could embrace multiple ones. If you look at Zynga, the company gets only 5 percent of its revenue from advertising and 95 percent from virtual goods. With more than 200 million monthly active users, Zynga has amassed a huge audience for brand advertisers, yet it has shied away from ads for fear they could be intrusive in the game experience. But in-game ads can be crafted so that users like them. Just ask innovators such as Kiip, which offers promotional rewards in a mobile game at the moment when you achieve something. If Zynga made just $1 a month in ads from each user, it could generate an extra $2.4 billion in annual revenues. That’s an untapped opportunity. By the same token, Zynga generates revenue from only 2.5 percent of its users. If it could double that number to 5 percent, it could double its revenue. In 2012, I expect to see publishers take advantage of multiple monetization strategies.

12. Somebody will get hacked. With embarrassing security breaches all over the place, game companies can expect more hacker attacks in 2012. The PlayStation Network suffered the ultimate embarrassment as it went down for six weeks after being hacked. Valve, Square Enix and many others suffered the same indignity. It’s good to be prepared. Online game sites and companies that use virtual currency have a lot at stake.