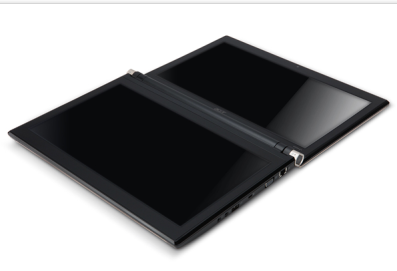 Computer hardware manufacturer Acer will not be letting go of its tablet division, the company’s founder Stan Shih confirmed today, after rumors circulated that the company just couldn’t keep up in the mobile world.

Companies from all walks of digital technology, such as HP, which makes PCs like Acer, e-commerce giant Amazon, smartphone manufacturer Research in Motion, e-reader company Kobo, bookseller Barnes & Noble, and more have turned to making tablets. But, like many ventures into unknown territory, it’s harder than it looks. HP, which makes enterprise and consumer grade hardware such as printers and PCs, showed just how difficult making tablets can be with its TouchPad.

The TouchPad, which originally debuted at $499 a pop, now sells at dedicated sales for $99, in the hopes of clearing the shelves after initially being rejected by tablet buyers. After HP began selling the tablet at a loss, however, sales began picking up left and right.

Research in Motion also saw a lukewarm reception to its PlayBook tablet and recently dropped its price down from $499 to $199 in an effort to spur purchases. The company shipped just 115,000 PlayBooks in the third quarter, after predicting its own loss of $485 million due to the new PlayBook price model.

But according to Digitimes, Acer’s Shih says the company is holding on to the tablet business and instead reorganizing internally to meet its needs. The now-retired founder explained the company is “streamlining” its tablet and smartphone departments, given how similar they are, and is looking to create “niche and competitive” products.

The company will be reducing its product line, reports Digitimes, and will avoid downsizing its division. Shih says the company is simply experiencing early frustrations, similar to when it began its notebook line.