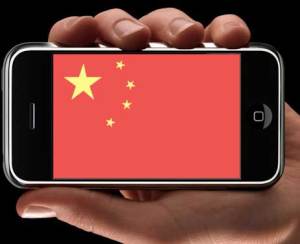 The iPhone 4S is set to drop in mainland China by or before January 23, the date of the Chinese New Year.

According to People’s Daily, the official news outlet of the Central Committee of the Communist Party of China, the coveted gadget has been approved for distribution and should be available for sale soon.

“After obtaining the network entry permit from the Ministry of Industry and Information Technology of China (MIIT), the iPhone 4S received China Compulsory Certification (3C) for electronic products on December 22, meaning that it has met all the requirements for coming into markets of China,” reads the report in People’s Daily.

The publication noted that the approved device’s model number, A1431, was identical to the number used for the iPhone 4S’s network entry permit from the MIIT.

China recently surpassed the U.S. as the largest smartphone market in the world. During the third quarter of 2011, smartphone shipments reached 23.9 million units in China, while the U.S. saw 23.3 million units shipped.

However, while China’s demand for smartphones has surged in recent years and months, many consumers around the world have been holding out for the highly anticipated iPhone 4S.

Greater China, defined by the iPhone manufacturer as including Hong Kong, Taiwan and mainland China, is Apple’s fastest-growing market. Sales in the region have increased around 270 percent over the past year.

In fact, during the same period of time in which China surpassed the U.S. in smartphone consumption, another report from Gartner showed that global smartphone growth had stalled in anticipation of the iPhone 4S launch in a variety of markets.

“Strong smartphone growth in China and Russia helped increase overall volumes in the quarter, but demand for smartphones stalled in advanced markets such as Western Europe and the U.S. as many users waited for new flagship devices featuring new versions of the key operating systems,” said Gartner principal research analyst Roberta Cozza in the report.