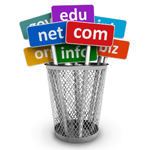 Following GoDaddy’s recanted support for SOPA, domain hosting site NameCheap is looking to lure in domain owners who no longer want anything to do with GoDaddy or SOPA supporting services.

NameCheap has annouced MoveYourDomainDay, which aims to get customers from SOPA-supporting domain hosting services to defect. The company isn’t naming names; it’s only saying it is offering a discount to customers who “wish to leave service providers who support SOPA.” On December 29th, for $6.99 customers can move their com, net, org, info or biz domains from any other hosting service to NameCheap. In addition to the discounted transfer rate, NameCheap plans to donate one dollar from each transaction to the Electronic Frontier Foundation to help fight SOPA, the Stop Online Piracy Act. To get the discount, just go to NameCheap’s site on December 29th and enter the code SOPASucks. There is a one hundred domain limit.

On its website, NameCheap displays a post that outlines its opposition to SOPA and includes a statement from CEO Richard Kirkendall:

While we at Namecheap firmly believe in intellectual property rights, SOPA is like detonating a nuclear bomb on the internet when only a surgical strike is necessary. This legislation has the potential to harm the way everyone uses the Internet and to undermine the system itself. At Namecheap, we believe having a free and open Internet is the only option that will continue the legacy of innovation and openess that stands for everything we all value in our modern society.

In recent weeks GoDaddy announced its support of SOPA and then withdrew support following fierce backlash from its customers and opponents of SOPA. Following the company announcing its support for the bill, GoDaddy lost thousands of customers in the course of just a few days. GoDaddy has since released a statement saying it no longer supports SOPA, but it looks like the damage may have already been done.