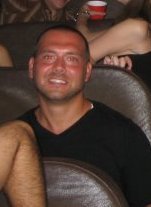 Like any deserving idiot in the Age of the Internet, Paul Christoforo became an instant Twitter sensation. In mere hours, many of the media outlets he had name-dropped in his emails had publicly disowned him.

Scott Lowe, executive editor at IGN wrote “Please refrain from referring to me or IGN as support for you, your company or your clients. You do not have it.” In a follow-up tweet, Lowe added, “Paul Christoforo’s claims that he has my and @IGN’s support are UNFOUNDED. I worked with him briefly and he was completely unprofessional.”

Christoforo changed his company’s Twitter handle (from @OceanMarketting with two t’s to @OceanStratagy, with two a’s) and removed his last name from the account, as well as deleting a tweet where he attacks Lowe.

Christoforo’s terrible  grammar and absurd behavior dutifully made the rounds, with even car insurance company Geico fueling the “wwebsite as on the internet” meme in a tweet to Josh Olin, former community manager for Treyarch (the developer of Call of Duty: Black Ops). I’m still sticking to Allstate, as President David Palmer could sell salt to a slug, but it’s nice to see a totally unrelated company with its pulse on pop-culture-in-progress nonetheless.

Revision3 was also quick to parody the situation by turning around a video in record time.

Scrambling to save face (while still displacing the blame), Christoforo wrote the following apology to “Dave”:

I just wanted to apologize for the way our emails progressed from beginning to end , You caught me on an extremely bad day and I had been dealing with 100’s and hundreds of emails trying to explain the situation to everyone on where the product was and you just pushed me a little too much and I should have just apologized and tried to explain things better. Also I had a really bad day losing a friend to an overdose and the stress of my newborn baby and the Holiday ,missing my family and just stressing on getting product out to everyone and why it was held up in customs wore me out.

I am deeply sorry for any disrespect , aggravation or lack of information on the delivery date. We knew when product was leaving china and we were trying to adhere to a strict deadline but due to port issues and air freight issues. The units are domestic now and awaiting pick up at customs . So we missed the 17th deadline and I apologize for that but it was out of my control and besides me no one else was helping me handle the situation so imagine the weight on my shoulders.

I’m not asking for any sympathy just for some understanding and forgiveness , I’m human just like everyone else and made a mistake. I underestimated you and its cost me a lot of trouble thousands of spam emails , a lot of personal bashing , and internet spam and trouble and just overall stress with my wife and newborn. I ask that you please accept my apology as a peace offering I will refund your money and give you your 2 units/Avengers free of charge please help me to get some of this negativity removed or at least my personal name although its already all over the internet and the calls and emails will not stop but any help will be appreciated especially with penny arcade as Mike and edit his own website I owe him an apology too which I will write next.

Back on Penny Arcade, the story continued to unfold. “Around midnight last night Paul sent me a mail saying that I could expect to hear from their attorneys,” wrote Kahulik. “As of right now that still has not happened and honestly I don’t expect it will. Our attorneys (who are real people with an office and everything) are ready should it get to that point though.”

Christoforo sent another email around 7 in the morning, writing simply: “You have the power Mike Please make it stop”

Kahulik notes on the Penny Arcade blog that “the reality is that once I had posted the emails I didn’t have the power anymore. The Internet had it now and nothing I said or did was going to change that.”

A more complete apology from Christoforo followed an hour later:

I just wanted to apologize for the way our emails progressed I didn’t know how big your site was and I really didn’t believe you ran Pax , So for what’s its worth I am very sorry. Your post has obviously made my life very difficult and I have not slept yet dealing with all the spam and personal information intrusion as well as my family being smeared on the internet.

If you can please accept my apology and anything you can do to help if not me my son and wife please do. I have apologized to Dave and apologized to you what else can I do please tell me so I can make things good. I obviously care or I would not be emailing you.

“I think there is a big difference between being sorry and being sorry you got caught,” Krahulik wrote in response on his blog. “It’s the same thing that happened with Jack Thompson. It might not always make the most business sense and it is a policy that has caused us some legal problems, but I really don’t give a shit about that. When these assholes threaten me or Penny Arcade I just laugh. I will personally burn everything I’ve made to the fucking ground if I think I can catch them in the flames.”

The one-man PR firm helmed by Christoforo has since been released from its employ, and likely any future opportunities as well. However, he is not the first to go out in a blaze of Twitter glory this year, as Jim Redner was very publicly disgraced and subsequently fired by 2K Games back in June. Perhaps they can both work at the same Denny’s.

Update: You can read a follow-up article that includes an official statement from Avenger regarding the entire situation here.

Want to read more on the Ocean Marketing story?