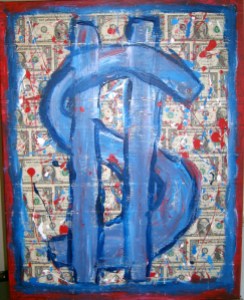 Samsung and Sony are splitting up their LCD panel joint venture, the companies announced.

Samsung will be buying all of Sony’s shares of the venture, S-LCD Corporation, for KRW 1.08 trillion, roughly $934 million.

Pending regulatory approval, the deal is expected to close by the end of next month, January 2012. As a result of the deal, Sony expects to record Q3 2012 losses of roughly $847 million, but it expects this one-time loss to be offset by an annual savings of $642 million, simply due to the fact that it won’t be operating an LCD manufacturing facility.

In the near future, Sony will have access to a “flexible and steady supply” of S-LCD Corp.’s panels from Samsung (at market prices, of course) without having to maintain and operate its own manufacturing plant.

In a press release, the companies stated that each has “entered into a new strategic agreement for the supply and purchase of LCD panels with a goal of enhancing the competitiveness of both companies.”

While the companies plan to continue their cooperative engineering of LCD panels, the S-LCD Corporation, which was established in 2004, will be entirely Samsung’s.

S-LCD Corp. is based in South Korea and currently manufactures seventh- and eighth-generation amorphous TFT LCD panels. The venutre has a market cap of around $2.8 billion. Both Samsung and Sony use the displays for LCD television sets as well as for mobile phones.