Each year brings a host of new technologies to the table that make the gaming landscape seem significantly different from what came before, and 2011 was no different. Here are some of the most important technological advancements the game industry saw in the past 12 months. 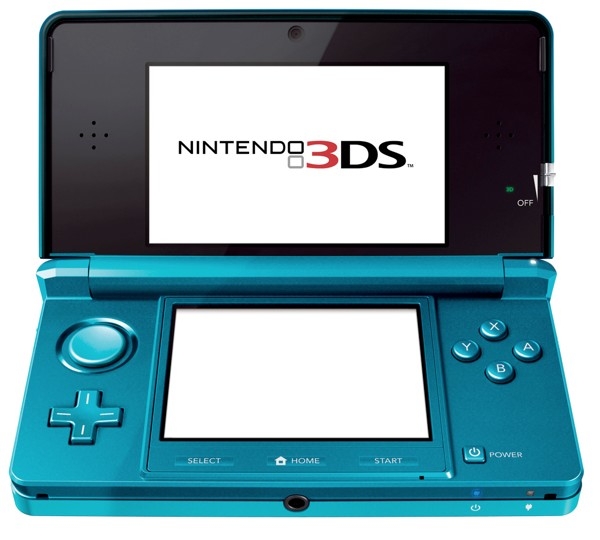 After Nintendo’s press conference just before E3 2010, it seemed all anybody in the game industry could talk about was the “wow factor” of Nintendo’s newest portable system and how its stereoscopic 3D effect actually worked as advertised, without 3D glasses. Once the system came out, of course, many encountered frustration with the lowered frame rate and reduced brightness in 3D mode, as well as problems with limited viewing angles and headaches after long-term viewing. A healthy minority of players now use the system with the 3D effects turned off, and the lack of a real third dimension doesn’t hurt the gameplay experience as much as Nintendo said it might.

Still, despite all its problems, the 3DS earns a place on this list for being a proof of concept showing stereoscopic 3D doesn’t need bulky head-mounted hardware to work. If future hardware makers expand on the concept with technologies that provide a more robust 3D from multiple viewing angles, we could see a true revolution in gaming. 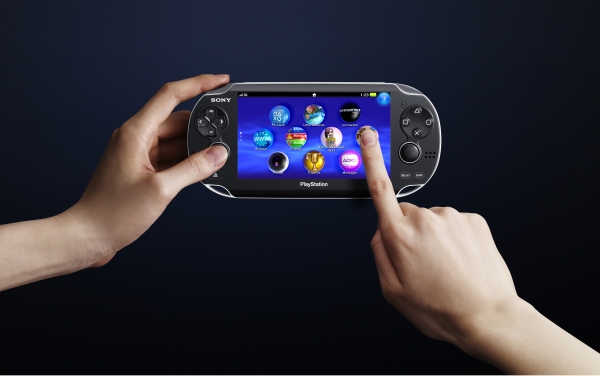 Though it hasn’t made it to North America or Europe yet, the Vita snuck into Japanese stores in December sporting a regular everything-and-the-kitchen sink approach to portable gaming systems. The influence of the smartphone gaming revolution is apparent in everything from the optional 3G data connection to the large touch-screen to front and rear facing cameras.

But the Vita’s most interesting bit of technology, from a gaming point of view, might be the rear multi-touch panel designed to allow players to control games without their fingers getting in the way of viewing the action. It’s still up in the air whether this innovative new control scheme will become a crucial addition or a forgotten fad, but it shows Sony’s willingness to try something radically different with its PSP follow up. 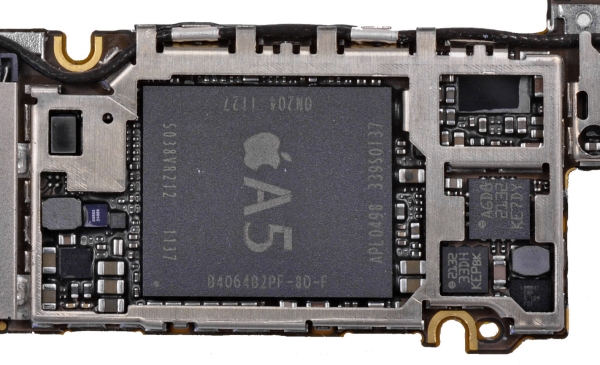 Making its premiere on the iPad 2 in March, Apple’s newest mobile system-on-a-chip processor managed to provide a 400 to 700 percent increase in graphical performance over the year-old original iPad with no increase in retail price. Game developers were at first slow to take advantage of that extra power, but titles like Infinity Blade 2, Real Racing 2 and Dark Meadow have since shown how the additional power can be used to change the idea of what a mobile game can be.

With the chip’s inclusion on Apple’s new iPhone 4S, we can expect more game developers to start upping the graphical ante in their mobile titles. But the real revolution will come when Apple finally adds the A5 chip to its iPod Touch line, which Apple is actively selling for its gaming capabilities. 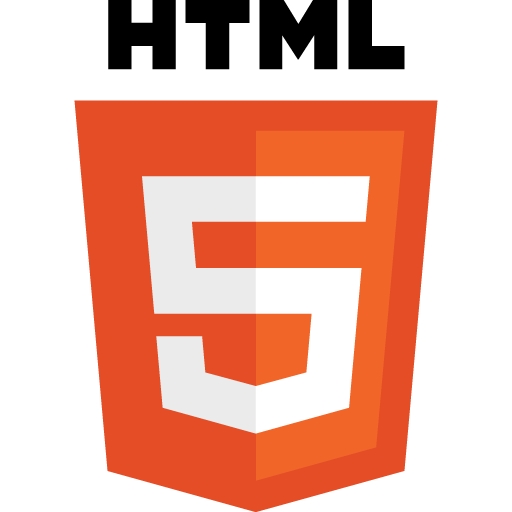 While HTML5 wasn’t introduced in 2011, this was the year the open standard for building interactive web games and apps really came into its own. Look no further than Adobe, which announced in November it would stop supporting the mobile version of competing interactive standard Flash (which Apple steadfastly refused to support on its devices) in favor of HTML5.

It’s not just Adobe. Zynga released HTML5 versions of three of its biggest games this year in a bid for mobile web browsers, and Disney followed up its major acquisition of Playdom with the purchase of HTML5 game specialists Rocket Pack. Startups from Los Angeles’ Gamzee to Korea’s Pangalore managed to attract startup funds for their HTML5 gaming efforts this year as well. While we have yet to see the first major gaming hit to premiere on HTML3, and there are some concerns about the standard’s value as a game development platform, the trend towards the open standard seems like it will only continue into 2012.

Since its launch last year, OnLive’s streaming game service — which lets play games that are running on and transmitted from remote servers — has struggled to find a significant market of users. But the recently launched tablet version of the service may just be the killer app it needs, allowing millions of tablet owners to get truly console-quality games on their relatively underpowered devices.

More than the previous OnLive services, which relied on a PC, Mac or a proprietary streaming micro-console, the tablet version offers an easy portability that turns the devices into a sort of magic screen that can access a wide library of PC and console games easily wherever there’s a reliable internet connection. Support for external Bluetooth controllers means tablet owners no longer have to suffer through the tactile smoothness of a touchscreen, either: OnLive for tablets open the devices up to the traditional button-based games most players are used to. 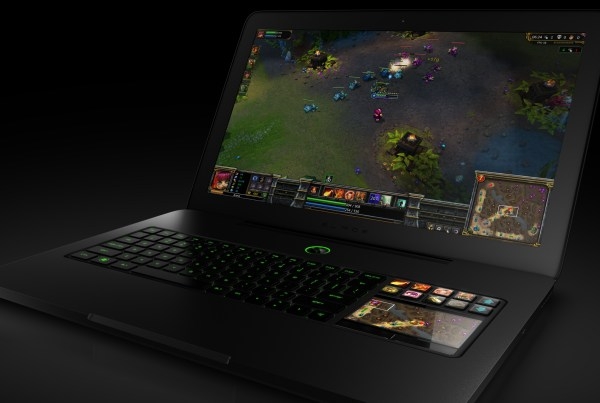 Razer’s first entry into the dedicated gaming computer market doesn’t include much that’s decidedly new (aside from its built-in LCD panel touchscreen next to the keyboard, perhaps). Still, the combination of internal hardware aimed at high-end gamers and a sleek form factor stakes out an important place in the gaming hardware market. The $2,800 price might limit the laptop’s appeal outside an incredibly hardcore niche, but the Blade stands out for imagining a PC gaming future that isn’t just dominated by free-to-play casual social games. 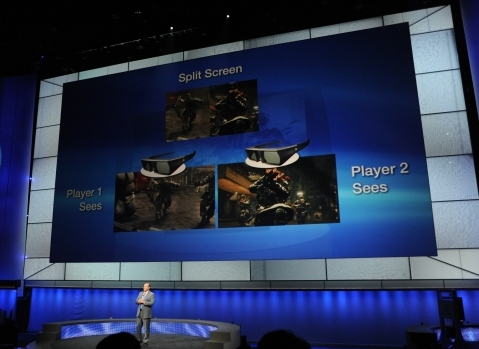 It may look like just another 3D TV, but when combined with the PS3, Sony’s gaming-focused display gains one special feature to set it apart — a multiplayer mode where each participant gets their own distinct, full screen view. The days of squinting at a stretched-out split-screen view for couch competitions is effectively over with this TV, though the 24” size may cause some squinting of its own for players used to a larger, widescreen living room setup.

The 3D display has already seen heavily reduced prices at some retailers, perhaps showing a lack of market interest in yet another 3D capable monitor. Still, the fact that Sony released a gaming-focused 3D TV in the first place shows the company’s continuing commitment to stereoscopic gaming as a way to set its console apart from those offered by Microsoft and Nintendo. 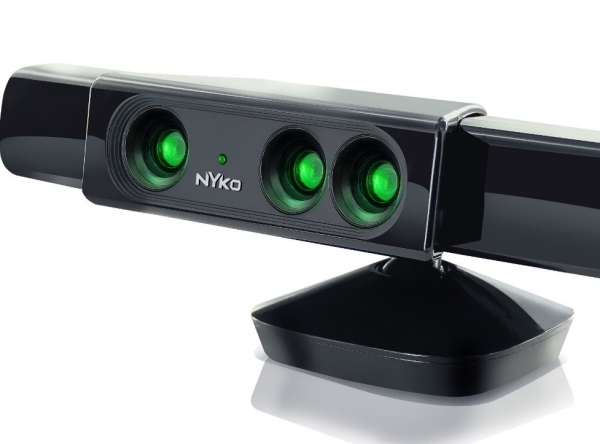 One of the coolest bits of video game technology to come to gaming in 2011 doesn’t even require electricity to operate. The Nyko Zoom is nothing more than a set of small lenses that snaps on top of Microsoft’s Kinect depth-sensing camera, effectively shortening and widening the useful range for the device, removing one of the key barriers to using it in a cramped space. Suddenly, even the smallest of studio apartments can serve as a controller-free environment.

How important is this reduced range to the usefulness of the Kinect? Well, when Microsoft announced it would be releasing a new Kinect aimed specifically at PC users, it made sure to include technology that would let the unit work from as close as 40 centimeters away. In other words, Nyko was able to see the market for a closer range Kinect before Microsoft did.