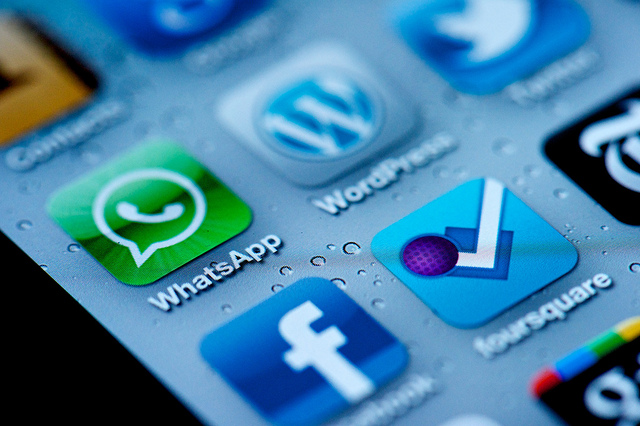 What is Foursquare? The answer is far more complex than it should be. The startup’s purpose in life is so muddled that it now finds itself in the midst of a self-imposed identity crisis that could cause it to fall victim to Facebook.

“The biggest misconception about Foursquare is that it is a check-in service,” founder Dennis Crowley told me in a recent in-depth interview. “We’re most interested in taking the data from check-ins to model what’s happening in the real world, and help people find new things … the data is more important than the check-in.”

What does that mean? In Crowley’s mind it means that every check-in contributes to a growing pool of information that will make Foursquare a transformative way to experience the offline world.

Crowley boils down Foursquare’s grand vision to this: “We’re making software that makes the real world easier to use.”

Nonsense, you might say: Foursquare is a check-in service, something that primarily lets people “check in” to restaurants, bars and other venues that they frequent.

You’d be right — to an extent. Foursquare popularized the act of checking into a venue (or an inanimate object) to share your location with friends. And in doing so, it’s become branded as nothing more than check-in service. It’s a label the startup scoffs at and loathes.

Worse still, Foursquare’s claim to fame could wind up making the company itself check in to an early grave.

Why? Because regular folks can’t relate to explicit location-sharing — only six percent of online adults are open to using geolocation apps — and points and badges aren’t compelling enough reasons to warrant a change in their behaviors. To moms, dads, uncles, aunts, kids, sisters, brothers, and you and me, location has meaning, but only in its ability to enhance a story, not to win some virtual badge.

Last year’s family trip to Disneyland, for instance, is a special occasion that brings joy in its remembrance. The kids eating cotton candy by Cinderella’s castle (and getting sticky hands in the process), nearly losing your lunch on the Matterhorn, your husband getting drenched on Splash Mountain: These are all poignant memories that you can cherish for a lifetime. Location is a huge part of this story, not because you remembered to check in to the rides, but because your location is the fabric that weaves each moment into a cohesive tale.

This is what makes Foursquare vulnerable to Facebook, even though Facebook got out of the check-in business months ago. Now that Facebook Timeline has finally rolled out to the social network’s more than 800 million members, the scrapbooking feature provides people with a rich lens for looking back at all the good times they’ve shared by way of Facebook. Tagging your location on a photo or status update becomes a way to add color to each and every experience. And because Facebook Timeline collects all of these tags and plots them on an interactive map, it’s offering you a way to go back in time and soak in the past.

It’s this approach to location, as a behind-the-scenes memory assistant, that will resonate with mainstream social media audiences. And Facebook knows it.

When you add a location to a status update or photo, you know that you’re adding something of substance to your Timeline and your map, Lessin said. He believes that this notion will compel users to go back and add locations to past moments in an effort to create a more complete storybook.

Timeline lives up to its potential as the digital equivalent of the scrapbook, and it’s changed the way I use Facebook. Now, a moment worth remembering in real life is one that I also want chronicled on my Timeline, and so I make it a point to post a photo or status update, and add a location tag. If I’m already doing that on Facebook, why would I also want to check in on Foursquare?

The answer is a lot less clear than used it to be, and that’s extremely problematic for Foursquare, because it’s pretty much the last man standing with skin in the check-in game. One-time challenger Gowalla did little for the location-sharing cause and needed to pivot to make sense of location, but that didn’t really work either. Bizzy busted out of the “check out” business a few months back. (“Who?” you say. Exactly.) Brightkite died long ago, Yelp seems to have lost interest in its copycat check-in feature, and even Facebook once tried and failed at check-ins.

Full disclosure: I am the same reporter who predicted that Foursquare would be the next Twitter more than two years ago. I would still argue that I’m right in many ways, so I asked Crowley to explain what he means by “software that makes the real world easier to use.”

He speaks of the company’s Explore feature, which makes use of check-in and tips data to help you find nearby venues that you should try.

And then there’s Radar, Foursquare’s first attempt at predicting what you should be doing right now. Radar, which works on iOS 5 devices, is an opt-in, always-on feature that, when enabled, will automatically alert you when friends are checked in nearby or when you’re close to a venue on one of your to-do lists.

Radar, Crowley insists, is by far the company’s most ambitious project and is still very early stage. He envisions it as a way for you discover something interesting nearby without ever needing to open the app. So, in theory, you will be able to walk around your town or a foreign city, just as you normally would, and get suggestions for new things to do.

“[With Radar on], the app is waking up and saying, ‘Hey, Dennis, this is something you want to pay attention to,'” Crowley said. “We have enough data and users to make this stuff happen. We know which places are popular Thursday morning or Tuesday night, and we can help you out when you’re out of context.”

Where does the check-in fit into all this? It’s an explicit action that powers these place recommendations, but it’s no longer the core of the Foursquare experience, Crowley said. Enough power users have contributed enough data — more than a billion check-ins to date — to create content and recommendations that are useful for more passive users: those who just want to consume information.

In fact, he said, Foursquare is seeing a growing percentage of users open the app on a regular basis and not check in. They’re using the app to find stuff nearby, he added, and that’s perfectly okay with him.

The startup’s “Oprah moment,” Crowley said, will be when people realize that they can rediscover their own neighborhoods. But it’s an epiphany that needs to happen sooner rather than later.

“We have to go through this rite of passage,” Crowley said of the company’s perception problem. He likens the growing pains to Twitter’s similar battle a few years back, when it was then hazed by the press and considered just a purveyor of pointless babble.

“We’re building stuff that no one has built before, and it’s going to be a big deal. This time next year, a lot of these issues will have gone away,” Crowley said.

So what we have here are two fundamentally different approaches to location: Foursquare is taking the scientific route, while Facebook is traveling down the emotional path. Both takes are quite compelling, but now that Facebook Timeline is live for all, Foursquare’s clock is ticking.