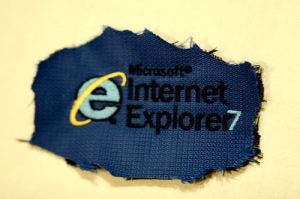 “IE7 users visiting profile pages that would otherwise be Timeline-enabled are presented with the old Facebook profile design, complete with a number of very evident styling issues,” The Sociable is reporting.

Before you cry foul, keep in mind that IE7, like IE6, is going the way of the dodo. The outdated browser, released in Oct. 2006, was holding on to 10.5 percent of the browser market at the start of 2011, but has since dropped off to just 4 percent global market share, according to StatCounter.

The silver lining here is that should you wish to avoid Timeline altogether — we know change is hard — you can turn to IE7 as your knight in shining armor. Though this could be the beginning of the end for IE7 support from Facebook.

Facebook did not immediately respond to a request for clarification. Its help center also does not indicate which browsers the social network officially supports. Instead, a help entry recommends that members use the most up-to-date version of Firefox, Safari, Chrome or Internet Explorer.