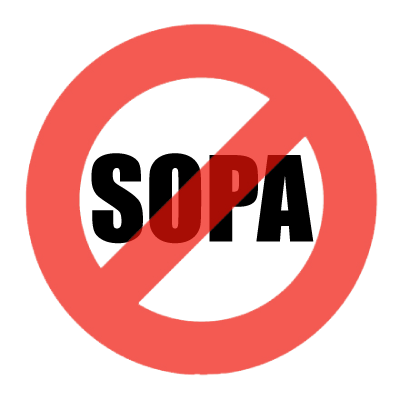 [Update: EA says this story is incorrect, as it never specifically voiced its support for the Senate version of SOPA, and so hasn’t withdrawn it either. Here’s a link explaining the inaccuracy.]

Major game companies Nintendo, Sony and Electronic Arts have quietly removed themselves from the official list of organizations that support the Stop Online Piracy Act (SOPA).

For anyone who’s unfamiliar with it, the proposed SOPA legislation gives both the U.S. government and copyright holders the authority to seek court orders against websites associated with infringing, pirating or counterfeiting intellectual property. If the act passes, it could drastically change the way the Internet operates.

On the surface, the gaming companies probably threw their support to the bill because it would also help curb piracy of gaming. However, I’m sure they’ve been paying attention to the onslaught of negative press and customer dissidence experienced by domain registrar Go Daddy over the last few weeks.

In Sony’s case, it’s probably best to stay clear of any piece of legislation that would draw attention from activists. Earlier today, “hacktivist” group Anonymous pledged to once again take down Sony’s Playstation online gaming network due to the company’s SOPA support.

Overall, public support for SOPA seems to be crumbling, as a number of big companies have removed their names from the official congressional list (see a PDF of what companies still support SOPA).

For more information about the SOPA legislation, check out VentureBeat’s ongoing SOPA coverage.