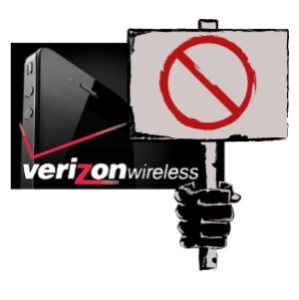 A petition on Change.org sprouted up in response to U.S. wireless carrier Verizon’s announcement that it would begin charging a $2 “convenience fee” for people who pay their bill online or by phone.

Change.org is the same site that was effective in getting Bank of America to reverse its decision to implement a debit card fee to customers. The Verizon convenience fee petition already has 33,465 signatures — roughly half of the 75,000 it seeks.

Verizon’s convenience fee, which begins January 15, 2012, is part of the company’s effort to cut costs on fees accumulated from credit transactions. If you prefer to use a credit card, Verizon is willing to waive the fee for anyone who signs up for automatic payments online. You can also avoid the fee by paying your bill via snail mail with a check/money order, setting up a direct payment through your bank or going to a Verizon store.

While a $2 “convenience” charge to pay by credit card won’t break the bank for most customers, it still has Verizon wireless customers upset.

“It’s not just about the money… though if you’re like me, you don’t have extra cash to be sending to a giant phone company in order to pay your own bills,” writes the petition’s creator and Verizon customer Molly Katchpole. “It’s that Verizon thinks it can do anything to its customers, and that we’re powerless to stop it. (Spoiler alert: We’re not.)”

This isn’t the first time Katchpole has petitioned on Change.org. She also created the Bank of America debit card fee petition which, in addition to successfully helping change BoA’s policy, won her accolades such as being named one of Time Magazine’s protestors of the year. Now she’s set her sights on Verizon’s new policy.