Who would have thought that one of the most entertaining experiences in gaming this year would be watching a dragon fly ass-first through the air in Skyrim?

Glacial framerates and lost save files fall into the category of "Hey guys, fix this thing I spent $60 on, please." Backwards dragons and exploits that allow players to create weapons with god-crushing enchantments, on the other hand, not so much.

However, Bethesda (the developers behind Skyrim and the other Elder Scrolls games) seems to think differently. From a blog they posted earlier this month:

After the holidays, we’ll continue to release regular updates for the game — through full title updates, as well as incremental ‘gameplay updates’ to fix whatever issues come up along with rebalancing portions of the game for difficulty or exploits. We plan on having a lot of these, not just a few. 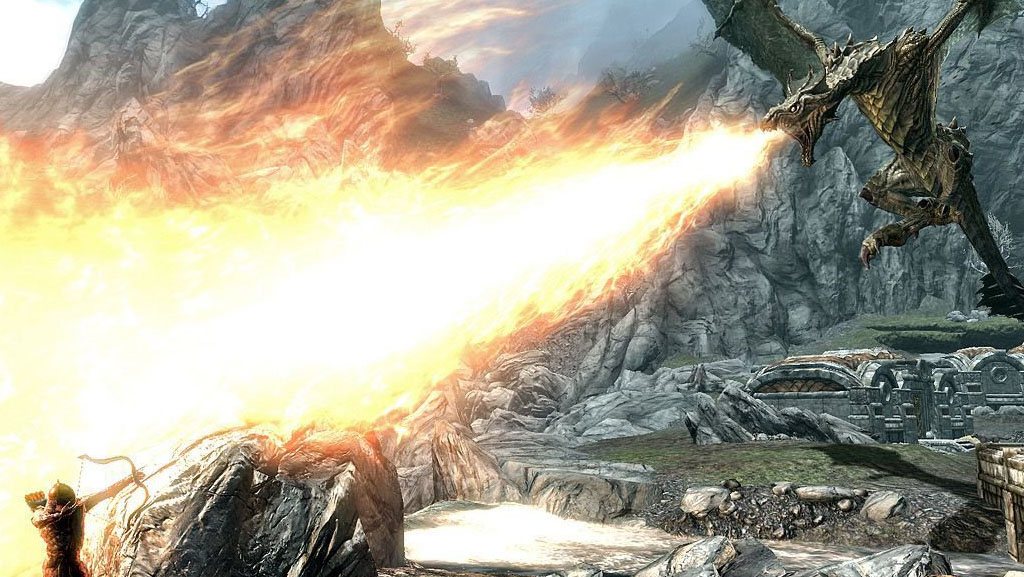 Metagaming has long been a part of ruining playing video games. Hell, it was possible to make potions that healed for 1,000 hit points every second for 1,000 seconds in Morrowind if you felt like it. That's the key: You have to want to do it. There’s a distinct choice involved with these kinds of glitches and rule-bending combos.

If some people want to cast spells on corpses to raise their Conjuration skill, loot an infinite number of books from a particular corpse, or trick their equipment into being weightless, let them. It's not affecting anyone else. Stuff like that doesn’t mean the game is broken, and it's not like the developers could (or should) ever fix all of it anyway. What kind of art would video games be if they were all perfect?

Remember, Doom didn't need a patch to remove its god mode. Some people have the most fun when there’s no challenge, or an easy workaround to one. Video games are made by people, not machines. A few technical errors or oversights in balancing some skills will always happen. Trying to find those mistakes can be a game in itself for the users, like an unintended competition between player and designer.

On the other hand, players living comfortably inside the usual rules and not looking for ways to maximize everything are having fun, too. If Bethesda’s goal is to let players create their own stories and make choices, then both styles should be valid.

Developers should strive for technical perfection, but also understand that irregularities can never be completely avoided. Items floating in midair and characters passing through tables like ghosts can add unexpected enjoyment to a game. Sometimes, a favorable screw-up is like finding two prizes in your cereal box: Sure it’s a mistake, but it’s one that makes you clap your hands together and squeal like a toddler on Christmas morning.

I don’t need my dragons to fly straight. Sometimes it’s more fun when they don’t.