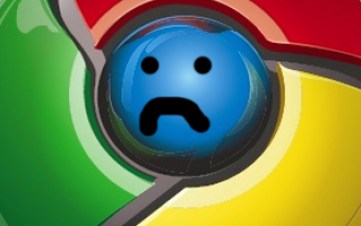 A series of low-quality posts meant to increase the search ranking of Google’s Chrome browser, which also appear to have been sponsored by Google, could put the search giant in hot water for violating its own rules.

More than 400 such posts, which contain the phrase “This post is sponsored by Google,” were first uncovered by SEO Book’s Aaron Wall, which led Search Engine Land’s Danny Sullivan to do even more digging.

The company notably also penalized itself, including Google Japan and Google-owned Beatthatquote, last year for breaking its own rule, Sullivan points out.

That means, in the worst case, the company may have to ban the Chrome download page from its search engine. That certainly won’t help Chrome when it comes to taking on Internet Explorer and Firefox, especially among general users. The company has also been promoting Chrome heavily in more legitimate ways via online and TV ads — efforts that may be wasted if Chrome disappears from Google search.

Google hasn’t yet officially commented on the matter, ostensibly because most employees had yesterday off. But the company is definitely aware of the issue, as Chrome vice president Linus Upson commented last night on Sullivan’s Google+ thread, “News to me. Looking in to it.”

That Google hasn’t immediately denounced the news means that the company may indeed be involved with these posts, albeit unwillingly. It’s possible that a lone wolf within the company, desperate to increase Chrome’s profile on the web, began this sponsored post campaign to shine additional light on the fast growing browser.

The campaign appears to have been run by Unruly Media, a third-party firm, Sullivan points out. What’s worse for Google is that much of the paid posts seem to be of extremely low quality, something the recent Panda update for Google Search was meant to minimize.

Andrew’s absolutely right — we don’t ask bloggers to link to the advertiser’s site. It’s just not part of our business model. We help advertisers distribute video content and that’s what we get paid for. All links from the video player itself are wrapped in Javascript, so although Google can follow them, they don’t influence search engine rankings. Even though we don’t ask bloggers to link, we do advise them to use nofollow if they do link to the advertiser’s site. This is really important and they should do it to protect themselves as much as the advertiser.

Button admitted that one post didn’t properly use the nofollow tag in a link, but that was eventually fixed. Of course, he didn’t comment on the fact that many of the posts appear to be poorly written junk.

Update: In a statement to the Verge, a Google representative lays the blame on Unruly Media: “Google never agreed to anything more than online ads. We have consistently avoided paid sponsorships, including paying bloggers to promote our products.”

There’s no word yet on whether the Google Chrome site will be penalized.