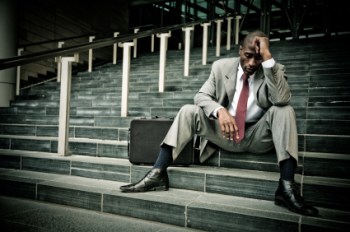 Technology entrepreneurs love to talk about disruption while simultaneously touting themselves as job creators, but the two roles are often contradictory.

By definition, disruptive innovations are characterized by a streamlining of process or product that is more efficient. Typically, the inefficiencies removed from the incumbent system result in less required labor. Less labor means fewer jobs.

Consider Amazon. For all the jobs created by Amazon’s online sales model, I suspect there were significantly more jobs lost at Borders, Barnes and Noble, and the countless smaller bookstores that closed their doors across the nation.

Of course, disruption has always been a part of business, but I believe the exponential increase in computing power along with the rise of the Internet have brought us to a unique turning point.

Instead of the normal evolutionary rise and fall of industries, our economy is now at something analogous to the Cretaceous-Tertiary extinction event (the end of the dinosaurs). Going forward, those who will prosper will be characterized by their ability to leverage technology, while everyone else will find themselves relegated to obsolescence by exponentially more powerful machines.

What is different now is the power and scale of technology at our disposal. One hundred years ago, “leveraging technology” meant using a better plow to plant more land than your neighbor. Eventually he would go out of business and you would take over his farm.

Today, it means a handful of people at Instagram and Flickr can bankrupt Kodak and put hundreds or thousands of people out of work.

Unlike previous periods such as the Industrial Revolution, which largely replaced manual labor, the exponential growth curve of computing power makes possible rapid innovation that is replacing skilled labor across the entire spectrum of employment.

Additionally, disruptions of scale are no longer geographically limited. For example, the opening of a Wal-Mart would have only affected retailers within its local proximity. Now, a strong online merchant can destroy entire industries without regard to geographical limitations.

Because of the increased leverage of technology, the divide between those harnessing it and those rendered obsolete by it is growing faster and wider everyday.

Consider the conflicting images of today’s 20-somethings: On one hand, entrepreneurs such as Mark Zuckerberg, Kevin Systrom (Instagram), Drew Houston (Dropbox) and others who have leveraged technology are being courted by venture capitalists and raising millions of dollars for their companies. Even for non-entrepreneurs in Silicon Valley, job growth is nearly triple the national rate. For them, it’s a fantastic time to be young.

On the other hand, national employment rates for new college grads and median starting salaries have both fallen sharply over the last two years while recent surveys show 85 percent of college seniors planned to move back home with their parents.

For the vast majority of young people, the future looks increasingly bleak. As Charles Dickens said in describing the French revolution, “It was the best of times, it was the worst of times…” but the words are equally apt for the revolution in technology we currently face.

I’m not suggesting that innovation be halted in the name of job retention, and I understand the economics of creating higher-value jobs and increasing overall productivity. But it’s important to consider that we may be at an inflection point with technology eliminating jobs at a much faster pace than it’s creating them.

Instead of a technological utopia where computers have made everyone’s life better, the future increasingly looks like a world divided into haves and have-nots based on who has mastered the machines.