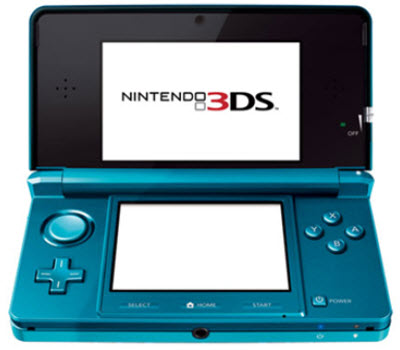 Nintendo said today it has sold more than 4 million units of its 3DS gaming handheld in the U.S., thanks to a big price cut and a wave of new software.

The strong surge during the holidays shows the 3DS isn’t dead, even though many wrote it off after its weak debut in March. In its first nine months, Nintendo said it sold more 3DS units than it did during the first nine months of sales for its popular Wii game console.

The good sales came after the launch of a series of big titles for the handheld, which can display imagery in stereoscopic 3D without the need for glasses. The top sellers included Super Mario 3D Land and Mario Kart 7. Both of those titles have sold more than 1 million units each in the U.S.

Nintendo also said that its big console game, The Legend of Zelda: Skyward Sword, broke launch records with more than 1 million units sold for the Wii in the U.S.

Nintendo needs those kinds of results to ward off competition. Sony is launching its rival PlayStation Vita in the U.S. on Feb. 22. That system has high-end graphics, a high-quality screen and multiple control schemes. It will debut for $249 and $299 for a 3G version. The system launched two weeks ago in Japan and sales haven’t been stellar so far. The bigger threat for the 3DS comes from Apple’s iOS (iPhone, iPod and iPad) devices, as well as Android devices.

Nintendo launched the 3DS at $249 but slashed the price to $169 in August to boost sagging sales. Scott Moffitt, exective vice president of sales and marketing at Nintendo of America, said the company has a massive first-party and third-party lineup of games coming in the first part of 2012. Those include Mario Party (Wii), Pokemon (for the Wii), and Kid Icarus (3DS) games.