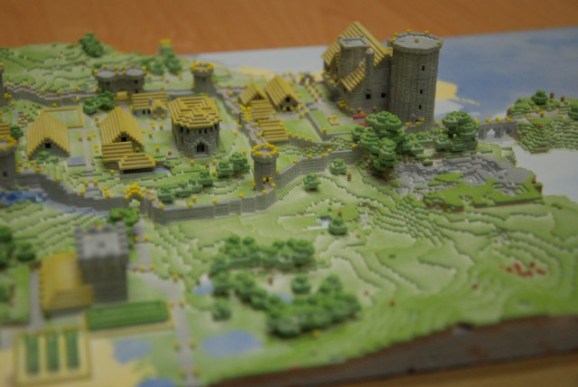 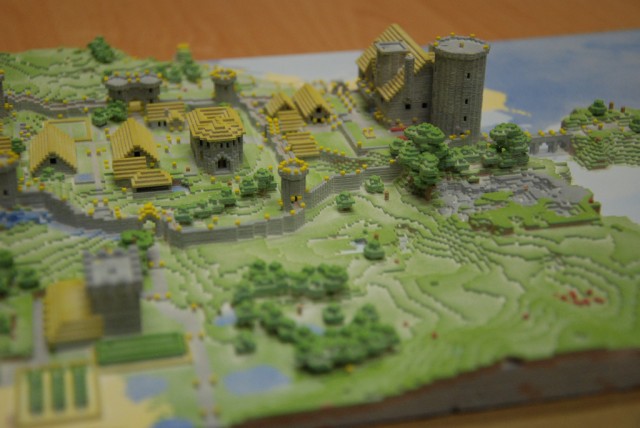 Minecraft is the indie sandbox game that just keeps on giving. Developer Mojang already has a LEGO project under review, and now a free-to-use program has been released that helps you to print out your Minecraft creations as real objects, on a 3D printer.

The open source Mineways program, by Eric Haines, allows you to pick a chunk of your Minecraft world and export it in a format suitable for sending directly to a 3D printer. You can also choose to edit the model using 3D modelling software, such as Blender, prior to printing.

Haines has created a video that takes you through the process of capturing your Minecraft creation and uploading it to Shapeways, a service which will print out your model and ship it to you.

There are plenty of tips to get the best from the software on Haines’ dedicated Mineways page. He also gives you an idea of how much models might cost to print and how best to minimize your financial outlay.

According to Haines, a large detailed model of his Minecraft spawn area measuring 15.0 x 3.9  x 9.8 inches, would cost $633.14 to print in color. This is about the largest color model you can create on a ZPrinter 650 printer (at least in terms of base area). By contrast, a small Minecraft Eiffel Tower model, measuring 4.8 inches high, would only cost around $25 to print, in color.

To make life easier, the Mineways program has a built-in scaling option, where you can specify a budget for your model, such as “aim for a budget of $50”.

Even if you don’t play Minecraft, you can still mess about with the Mineways program, by using maps made by other people, from a site such as Minecraft World Map, which features a nifty Google Maps preview function. You can also buy models of Haines’ own creations from his Mineways shop at Shapeways.

This marriage of 3D printing technology and Minecraft creations seems made in heaven and will no doubt further cement the Minecraft community’s love for the indie game sensation, which has sold over 4 million copies to date.