Betting big on Microsoft’s multi-platform game strategy, Arkadium is announcing a three-year strategic partnership to develop and publish games for Microsoft’s current and future game platforms, from the Windows PC to future software running on smartphones and tablets.

Kenny Rosenblatt, chief executive of the decade-old casual and social game company, said in an interview that Arkadium will devote 40 to 50 percent of its 120-person workforce to developing games for Microsoft platforms. That’s a huge and surprising commitment, given that other game developers have focused their resources on Apple iOS, Facebook, or Android game platforms.

Rosenblatt said his company will still develop games for non-Microsoft platforms, but titles developed for Microsoft will be exclusive for its platforms. With the pending arrival of Windows 8 and its cross-platform touch-oriented user interface (dubbed Metro), Rosenblatt sees an opportunity to be early in spreading games to what could be one of the biggest platforms for games going forward.

“There are already 500,000 apps on the Apple platform and a lot on Android, so it’s a saturated market,” Rosenblatt said.

With just 50,000 apps on Windows Phone 7, the competition isn’t as fierce and the opportunity for rapid growth should pick up as Windows 8 computers and tablets take off this year. Now that Arkadium has more resources, it can afford to launch games on new platforms where it can try to grab a larger market share position early on. 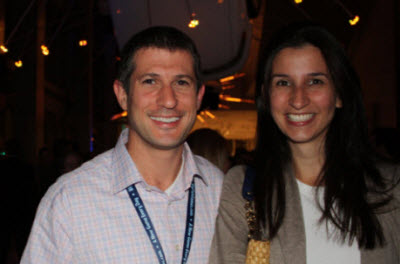 Arkadium has been a strong supporter of Microsoft for the past couple of years, providing games for MSN, Bing search, and Microsoft Messenger. The company makes casual games such as Mahjongg Dimensions on the web, Facebook, iPhone, and iPads. Arkadium has more than 10 million gamers a month and is a top-20 distributor of games, according to market researcher comScore.

Matt Booty, general manager of Microsoft’s Connected Experiences for Microsoft Studios (which focuses on getting different Microsoft platforms to work together) said that the partnership will help Microsoft entertain millions of new people as it tries to reach broader audiences.

“We’ll develop games across all of their touch points for consumers,” Rosenblatt said. “We can focus a large number of people on this platform and make the most of it.”

By developing games for all of Microsoft’s platforms, the development will be theoretically easier. But there are always quirks with every platform that require developers to do special coding for it, Rosenblatt said. He said details on the upcoming Arkadium games will be made available later.

Since 2001, Arkadium has published hundreds of casual games that can be found on the web sites of clients such as MSN, Hearst Magazines Digital Media, ESPN, ABC, Lifetime and Discovery. Every year, the company has grown its revenues.

The self-funded company is run by Rosenblatt and his wife, Jessica Rovello (both pictured), president. Rivals include PopCap Games, Oberon, Real Networks and Playdom.

You can check out a history of Arkadium and its games in the infographic at right.