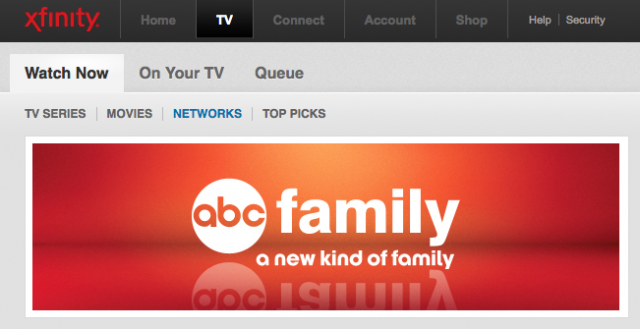 Today was a big day for media companies.

The deal, gives Comcast Xfinity an edge in the digital media space with its iPad app and online offerings. The companies will further work together for 10 more years, giving Comcast access to 70 different Disney television channels, owned properties, local broadcast stations, and more. The access isn’t just granted for those flipping the tube, but will also be available in Comcast’s On-Demand channels, as well as Xfinity online and mobile applications.

“For the first time ever, Comcast’s Xfinity TV customers will be able to watch ESPN, ABC or Disney shows live or on demand and across multiple screens, in and out of the home,” said Marcien Jenckes, senior vice president and general manager of Comcast Video Services, in a blog post.

The company’s goal is to bring TV to customers across different devices, wherever they are, or “TV Everywhere.” The idea is that any customer should have access to entertainment whether they’re on a bus, at their computer, or on the couch. Comcast will look to Disney to help it develop new ways for to deliver content to its users.

Disney and Comcast weren’t the only media partnerships bringing TV everywhere today. According to Cnet, Metro PCS also signed a deal to bring local television to the smartphone. The company joined up with Mobile Content Venture to bring mobile television to its customers via Dyle TV. The smartphone will be created by Samsung, and will receive content from Fox, NBC, Telemundo and 13 others.