Gaikai, the game streaming company, has kept a low profile recently, but a quick survey of the web shows that the company has scored some big deals with online retailers. Among those that have quietly adopted Gaikai are BestBuy.com, YouTube, Capcom and Ubisoft in its online UbiShop, VentureBeat has learned.

Gaikai offers the ability to stream games directly to users from any web site, simply by adding a small amount of code to a web site. That allows gamers to play high-end games on any computer, simply by clicking on a link. Game retailers have jumped at this kind of capability to offer live demos of high-end games, so gamers can read about a game on a web site and instantly start playing it. 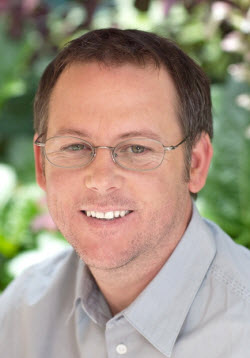 Gaikai previously said that it had deals to provide streaming game demos to Walmart.com’s Game Center, Eurogamer, and Electronic Arts. The latter has now fully implemented Gaikai on its Origin.com gamer social network store. Rival OnLive has deals with online partners such as GameSpot. The giveaways for some of the sites are the “powered by Gaikai” logos, but some of the sites don’t advertise that their game streaming solution comes from Gaikai. Capcom added Gaikai to its Dead Rising 2 site.

Perry said the company’s goal is to get new game demos in front of 100 million “eyeballs” by the end of 2012. Assuming everyone has two eyes, that’s 50 million users. Gaikai’s value proposition is to get gamers to instantaneously enjoy a game demo, without having to wait to register, download it or upgrade his or her computer.The company runs its games in servers in the cloud, or web-connected data centers, and then streams them in video form to PCs, allowing a high-end game such as Crysis 2 to be played on Macs or low-end PCs.

The game streaming drives traffic to pages, leads to games getting shared more, and inspires more people to click to buy. Gaikai gets paid by game publishers based on the number of users who play a demo. Gaikai doesn’t keep any of the revenue from game sales that result from the Gaikai demos. Rather, it gets paid for the use of its network. Any company can reserve dedicated capacity on the network, giving that company an instant cloud gaming capability. At the Consumer Electronics Show next week, Gaikai will show how consumer electronics partners have embraced this concept, Perry said.

Perry said he believes this business model is one of the hottest, since advertisers want audiences to stay engaged with products. Gaikai enables gamers to get engaged by playing a real game without any big hassles or having to pay for it first. Perry said that the measured engagement is about 400 percent better than a simple game trailer or screen shots.

Perry said the company’s goal is making games as accessible as movies and music on the web, making every hit game just a click away. Gaikai is aiming to turn on hundreds of affiliate sites in the coming year so that game demos will be inescapable. The company recently raised $30 million from New Enterprise Associates, Benchmark, Rustic Canyon Ventures, Intel Capital and Qualcomm.