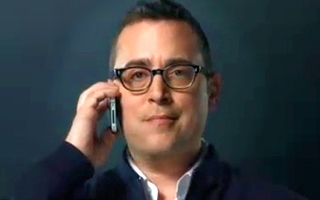 In the final three months of 2011, Verizon kept itself busy by selling iPhones to eager consumers.

Verizon CFO Fran Shammo said during an investor chat that the company had sold 4.2 million iPhones during Q4 2011.

This was the company’s first year-end season of iPhone sales; the iconic device was not available on the network in 2010.

While consumers around the world held off on iPhone purchases during Q3 in anticipation of the iPhone 4S, they apparently unleashed their dollars on Verizon as soon as the 4S became available.

Overall, 17 million iPhones were sold by Apple during the fourth quarter.

Verizon has grown its iPhone sales over the first year it’s offered the device. The company sold 2.2 million iPhones in Q1 2011 and 2.3 million in the second quarter, and dipped to 2 million units sold during the third quarter, as noted.

Verizon’s only iPhone-carrying network competitor, AT&T, activated 3.6 million units in the second quarter of 2011 and 3.7 million in the third quarter. We don’t yet know the company’s fourth-quarter sales statistics for the iPhone.

Verizon has been selling iPhones since February 2011; first-day sales of the famous mobile broke previous records for the company.

The current year, 2012, will be Verizon’s first calendar year selling the iPhone. It will be interesting to see how year-over-year figures stack up for the network — and how events such as product launches and holidays impact sales figure over a longer period of time.