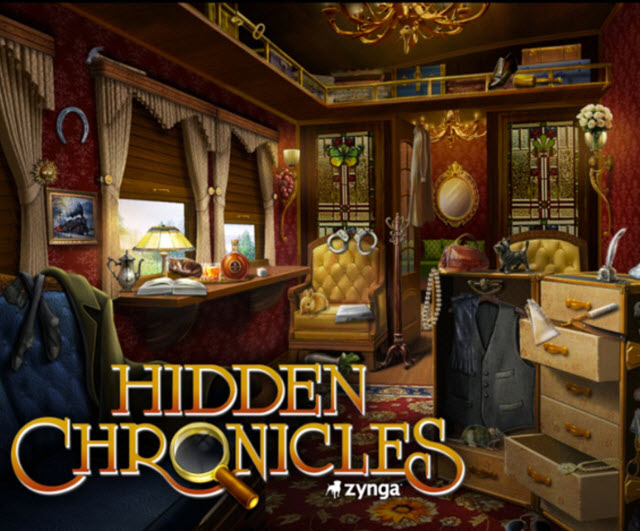 Your Uncle Geoffrey has been killed, and the secret lies in the elegant estate where he lived. Your job is to uncover the secrets hidden in every corner of the Ramsey Manor. 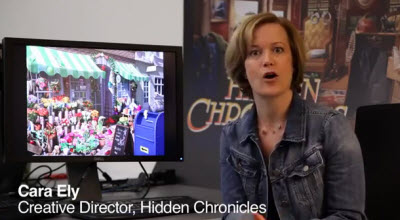 That’s the opening of Hidden Chronicles, a new Facebook game from Zynga that targets a market beyond anything the social gaming giant has gone after before. Hidden Chronicles is a “hidden object” game, where players obsessively click on an illustrated still image to find all of the objects that are hidden within it. Rival social game maker Playdom helped kickstart the market for these games — favored by women — on Facebook earlier this year with the enormously popular Gardens of Time, which still has 7.7 million monthly active users, according to AppData.While there are hugely successful hidden object games on casual game web sites, there’s a shortage of them on Facebook, and that’s why Zynga is launching Hidden Chronicles.

Zynga is following behind Playdom, but it can cross-promote the game to its huge user base. Such expansion efforts are vital to San Francisco-based Zynga, which has 223 million monthly active users but still needs a steady stream of new hits to make up for the churn as users grow tired of older games. Zynga recently went public in an $8.9 billion initial public offering. The stock has been trading below the opening price of $10 a share (It’s now at $9.45 a share) in part because investors are concerned that Zynga isn’t diversified enough and is too dependent on a certain kind of game on Facebook at a time when its competition is getting stronger.

Zynga hopes to take the genre to new heights by creating a game that is a lot more social than the single-player-focused hidden object games on the web, said Cara Ely (pictured), creative director on the game. She said that social features such as challenges, where users have to spot as many objects as they can in 60 seconds, make the game into something you can play with friends on Facebook. You can hide things in your friends’ estates.

Ely said the heritage of hidden object games goes back to puzzles and board games where unlocking mysteries was a big part of the fun. Games like Hidden Chronicles are aimed at helping you relax with your “me time” after a busy day. 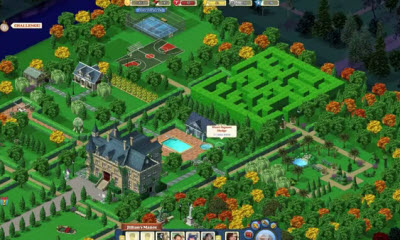 In Hidden Chronicles, the art style is “soft realism,” with real-looking objects and places that have an animated flair, much like the covers of romance novels. The games test your memory, ability to concentrate, and willingness to be social as you search for hidden objects. There are mini games such as jigsaw puzzles and concentration games. The game is also like a travel adventure, taking you to places such as Morocco or under the sea. That’s because every object in the manor has a history to it and you can “see” that history when you touch the objects.

You have to solve the mystery of your uncle’s death and what he was trying to protect within the estate. You can unlock new locations by completing quests, mastering scenes, solving puzzles, and restoring different hidden parts of the estate. The latter part relates to CastleVille, where Zynga found that users liked uncovering new territory as part of the game play. Ely said the storyline is meant to keep users occupied for a long time, with the expectation that they will play for a short time each day. The game has 50 levels, much more than the typical hidden object game with 20 to 40 levels.

“Every hidden object has a unique character,” Ely said. “The quests get harder as you progress.”

Ely is a 12-year-industry veteran who worked on hidden object games for casual web sites for about six years. She has worked on titles such as Dream Day Wedding and was joined on Hidden Chronicles by Jane Jensen, narrative designer and creator of the Gabriel Knight series of PC games. The star cast was rounded out by art director Margaret Foley-Mouvais, former art director on titles such as The Lord of the Rings, and product manager Nancy Hang.

The game is free-to-play, where users play for free and pay real money in small amounts for virtual goods. Players earn coins, experience points and unique items that help them customize the look of their estates. The title is available in 15 languages.