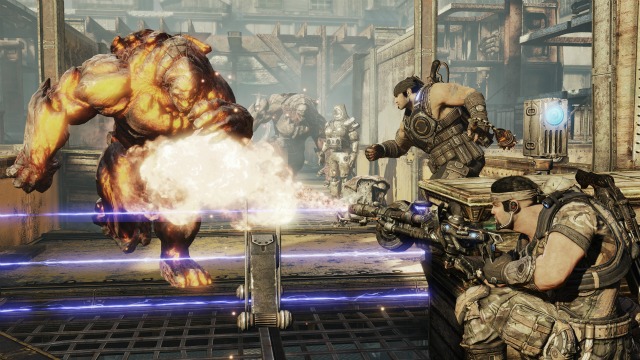 In a brief statement on the Epic Games forums, Senior PR Manager Dana Cowley says many have asked the company about its opinion on the controversial bill, which seeks to combat online trafficking in copyrighted intellectual property and counterfeit goods. “Epic Games supports efforts that would stop overseas websites profiting from pirating our games, but we have to do that in a way that’s compatible with freedom of speech and due process of law,” Cowley says. “Thus, we do not support the current version of SOPA.”

Epic Games is a member of the Entertainment Software Association (ESA), which has come under fire recently for its strong support of the bill. Online gaming publication Rock, Paper, Shotgun has asked members of the ESA to denounce SOPA, calling it a “draconian attempt to introduce government censorship of the Internet at the behest of unelected corporations.” Destructoid Reviews Editor Jim Sterling has also drafted an open letter to the ESA. “It is hypocrisy on a most despicable level to continue supporting SOPA after asking gamers to fight for the rights of the game industry [during the Brown vs. EMA/ESA Supreme Court case],” he writes.

Epic Games is not the only ESA member against SOPA. 38 Studios has taken a quieter, less official stance against it on its Facebook page, stating,”Based on the SOPA bill’s current structure, 38 Studios believes that the bill requires further restructuring and review to ensure it both preserves rights and protects intellectual properties.”

However, video game publisher Capcom seems to be in favor of the bill, telling Digital Trends, “The ESA represents us on these matters.”

If it passes, the Stop Online Piracy Act would allow the U.S. Department of Justice and copyright holders to obtain court orders against websites accused of copyright infringement. The accused sites could find themselves blocked by Internet service providers or barred from doing business with advertising networks and payment sites such as PayPal. The bill would also make unauthorized streaming of copyrighted material a crime that could carry a maximum penalty of five years in prison if you stream 10 movies or songs within six months.

For more information about the legislation, check out VentureBeat’s ongoing SOPA coverage.