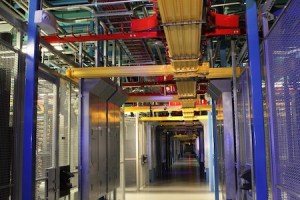 What will the coming year hold for the mobile sector?

All signs indicate that smartphones and tablets will become even more indispensible parts of our business and personal lives in 2012 and beyond.

Mobile data traffic is at an all-time high, teens are (unbelievably) texting more than ever, mobile games are experiencing massive growth, mobile broadband device shipments are up 239 percent year over year — even mobile malware is evolving and is forecasted to become profitable for cybercriminals within the next several months.

We took a look back at the mobile developments over the past year and developed a few key predictions for what we might see in 2012.

The 2012 Summer Olympics will take this evolution one step further and become the first major sporting event to be watched more from mobile devices like tablets or smartphones than via desktop or laptop computers.

As products like the iPad and Android devices continue to proliferate, we could also see this spread more broadly into the entertainment realm.

Plastic holiday gift cards get the cut — for good

The rapid growth of NFC and mobile payment technologies is already having an impact on traditional purchase methods this holiday season.

Next year, this impact will spill over into the gift card realm and displace the quintessential gift idea for the time-crunched (or, ahem, less “creative”) buyer.

Keep an eye out next year for post-holiday shoppers redeeming those gift dollars via smartphone and tablet.

Last year saw rapid growth of tablet usage within the workplace; current reports show penetration at about 5 percent in the enterprise and predict this number will double in the coming year.

In line with this trend, my company, Equinix, predicts businesses will begin to adopt “bring your own device” (BYOD) policies to accommodate the increasingly mobile and tablet-centric employee.

This will subsequently accelerate adoption of cloud-based business services in order to provide users with a consistent experience across a variety of platforms.

With consumption of mobile video and applications skyrocketing, mobile network operators will face a significant gap in their current architecture and ability to scale in the coming year.

This gap mirrors the growing pains that the wired Internet faced nearly 15 years ago as data demands exploded and networks were unable to handle the capacity.

Jim Poole is general manager of global networks and mobility for Equinix, a data center company with many of the biggest names in mobile in its facilities.