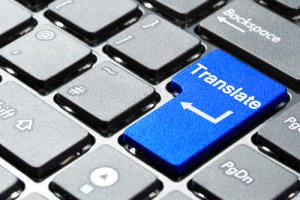 I come from a right-brained family of lawyers, English teachers and journalists. We dabble in word puns and bananagrams but not math or logic puzzles. That is to say, I don’t come from a culture of engineering.

Each day I work at my startup, I learn to understand the engineers a little better, but I’m still light years away from considering them a known quantity.

I’m learning that a lot of tech startup culture comes from computer engineering culture. The vocabulary and turns of phrase that pepper the everyday goings on at my company have elucidated the way that engineers think and approach everyday matters.

For example, after a few weeks in our stylish new office, we decided that the desk setup wasn’t quite right. Or rather, it didn’t maximize efficiency. We discussed how we might improve this situation. And then we cleared everything off the desks and started to move them around.

But engineers don’t just move furniture until it looks right. They prototype and then iterate until they come up with the perfect setup. It’s a science. We pretended to sit in our desks and worked out all the issues with the different formations until we came up with the best solution.

It’s not just the lexicon, but the insight into the way engineers think that I find so fascinating. It’s just so systematic.

I wasn’t handed a vocabulary list before my first day at work, but I’ve been doing a good job of picking up these words on the fly.

One morning before my coffee had fully kicked in, my coworkers asked for my feedback on a candidate I’d met briefly.

“She seemed really smart and we had a good conversation,” I said.

“A bit rate…quick at processing,” he said, perhaps noting that my bit rate wasn’t speedy that morning.

It was just that I’d never heard the word bit rate used, let alone to describe a person. Not only am I learning a new industry, I’m learning a new language to go along with it.

A few weeks ago we had one day of calendar malfunction. Maybe it’s the startup world (or just modern life), but at my work, Google calendar is like an oxygen tank. We all rely on it to survive and thrive during busy days.

To meet with a coworker, you calendar them in. It’s okay to grab lunch with a friend or go to the dentist, but it better be on the calendar. But on this particular day of calendar chaos, uncalendared and miscalendared people kept appearing. One job candidate had not been on our schedule at all and one came in a few hours early.

And on this star-crossed day, one of the users I found on Craigslist showed up even though she wasn’t calendared. It’s easy to imagine how stressful this day was for everyone. I daresay we pulled it off, but no one was happy about the organization failure.

Afterwards, the team gathered around to do a root cause analysis of the situation to figure out why it happened and to ensure it would never happen again. I’ve always been more of the put a bandaid on it/throw your problems under your bed type, so it’s refreshing and enlightening to be surrounded by people who get to the bottom of every issue.

I’m sure there are countless other words and phrases that I’ve been too busy thrashing about to pick up on. I’m just thankful we are creating a culture of limited tolerance for acronyms. Because we all know, TNSTAAFL (there’s no such thing as a free lunch).

What are other quintessential startup vocabulary words? Should I run a query to find more?

View from the other side of the hiring process

Fake it until you make it