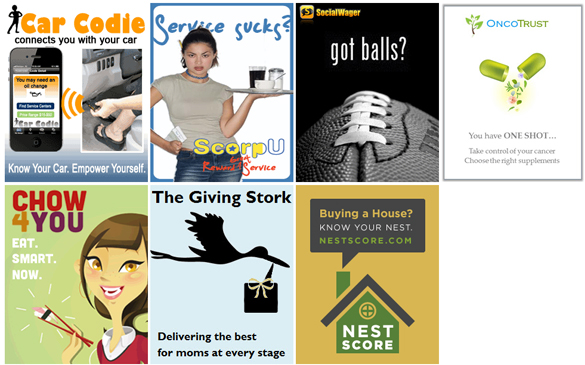 Create an Internet business in four days; that’s the goal of the Wharton School of University of Pennsylvania’s workshop that finished yesterday. Students spent four days turning ideas into business prototypes and competing against each other in the course’s Innovation Tournament.

In four days, Jan 2 – 5, MBA students learned how to pitch, create and launch a new web-based business. Each student entered the class with an idea and through a process of elimination, seven business ideas and teams emerged. Students learned the basics of creating an online business; from identifying target audiences and pitching an idea, to search engine optimization and online traffic reporting.

At the end of the workshop, the organizers announced the winners of the Innovation Tournament. Each team won on a specific metric, such as most pageviews for the business website or best real world application. While the “everyone wins” spirit is helpful in a classroom setting, in the real business world there are often clear winners and losers — something the workshop didn’t dive into. In addition, due to the short time span, the workshop didn’t discuss how to identify and deal with competitive businesses. New businesses launch all the time and many companies are competing for the same customers. Being able to set your business apart from all of the others, can mean the difference between success and failure.

The team that won based on pageviews and marketing created Chow4You, a service that helps you find meals based on nutritional value and dietary needs. Rohan Mirchandani, the acting CEO of Chow4You, said, “The workshop was focused on learning the steps to take to make a business viable, especially focusing on user experience, which I found to be the most important topic”. The program is just a prototype now, but based on his experience in the course, Mirchandani said he felt confident that he could launch Chow4You as a real business.

The Innovation Tournament is in its fourth year and has launched about one successful business from each workshop. Karl Ulrich, the Vice Dean of Innovation at Wharton, teaches the four day workshop at the beginning of January at Wharton West, the San Francisco campus for the Wharton School.