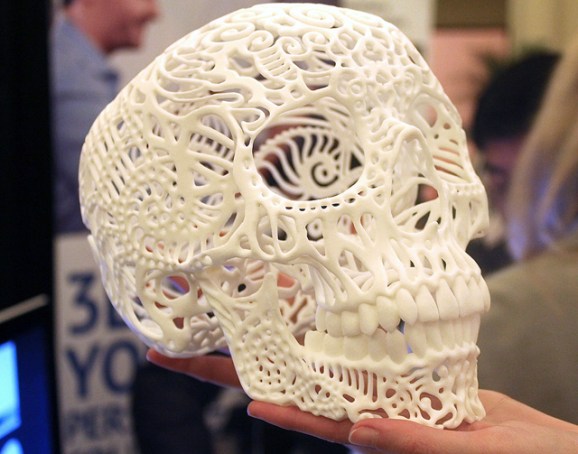 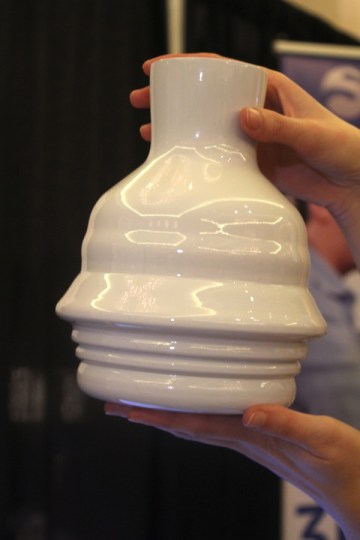 3D printing service Sculpteo today announced a new iPhone app that you can use to design 3D objects, upload your designs to the cloud, and receive a ceramic object in the mail a few days later.

The designs are based on photographs you take of yourself or a friend. Sculpteo’s app turns your face’s profile into a 3D object, such as the vase shown here. You can also transform it into a number of other objects, such as a bowl, plate, or mug. Once you’ve completed the design, you upload it and Sculpteo sends it to a local 3D printing facility which manufactures the object using a ceramic printing process.

Pricing depends on the size and complexity of the object: Large objects such as the vase (pictured right) cost about $300, while a small cup costs just $70. The app itself is free.

Sculpteo is also partnering with designers such as Jen-Louis Frechin to find other ways of transforming “human data,” such as facial profiles, into designs that you can personalize. In effect, the designer is creating a set of parameters instead of a finished design, and the customer is applying the final touches to instantiate the design in a particular object.

It’s an interesting application of “mass customization,” which allows each customer to have their own, personalized product while still giving manufacturers some of the advantages of mass production. Thanks to the rapidly decreasing cost of 3D printing, other companies have also been pursuing mass customization: Bespoke Innovations makes custom prosthetic fairings that give prosthetic limbs a more personal look; computer companies such as Dell have experimented with giving customers the option to personalize their laptop designs; and MilkorSugar provides a catalog of mass-customized products, from personalized underwear to rowboats. 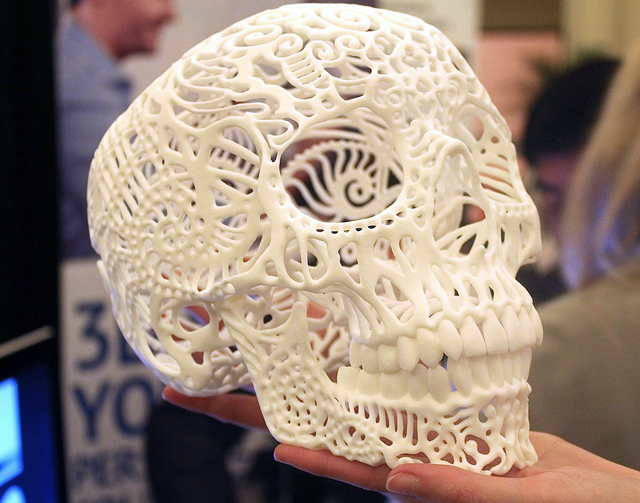