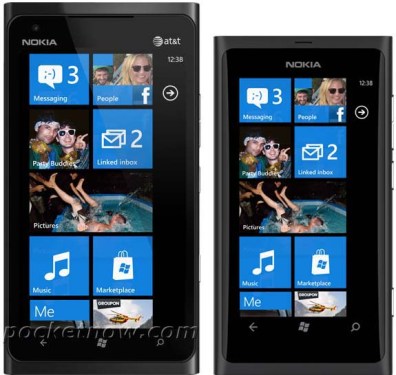 Just as we expected, Nokia will unveil its Lumia 900 Windows Phone — which will be tasked with reinvigorating the mobile platform as its new flagship device — on Monday at the Consumer Electronics Show in Las Vegas.

The Lumia 900 will be initially available on AT&T, and is described as “sleek” and “metallic,” sources tell the New York Times. It’s a particularly exciting device for Nokia and Microsoft because it will likely be the first “must have” Windows Phone for many consumers.

The Lumia 900 may end up being called the Nokia Ace when it hits the U.S., according to previous rumors, which also pointed to it being the first LTE 4G device available for Windows Phone. It’s said to sport a 4.3-inch display (larger than the Lumia 800 which only has a 3.7-inch display), and a front-facing camera, according to leaked images. Under the hood, it’ll run the same 1.4-gigahertz processor as the 800.

While it may seem confusing for Nokia to launch yet another high-end Windows Phone only a few months after it debuted the Lumia 800 (and its inexpensive sibling the Lumia 710), I don’t think anyone will complain about the Lumia 900′s specs, as it seems to fix all of the issues I had with the Lumia 800 (in particular, the small screen and lack of a front camera).