Chip maker Atmel is delivering technology advances at the Consumer Electronics Show that will result in better touchscreens and chargers. This means we’ll soon have thinner, more accurate and more battery-efficient gadgets to buy.

Each year, touch technology is getting better and better, but device engineers and consumers are also getting more demanding and have no tolerance for flaws in touchscreens. So the San Jose, Calif.-based company is unveiling its next generation of maXTouch S series of controllers for touchscreens — the chips that determine how quickly and precisely the screens react when you swipe your finger across them. The chips enable screens up to 17 inches diagonal that can track the movement of an unlimited number of fingers at the same time.

The chips work with smartphones, tablets, digital cameras, e-readers and other applications. Atmel has three versions of the chips that work for everything from a 4.3-inch screen smartphone to a 17-inch tablet running Microsoft’s upcoming Windows 8 operating system. The chips enable smaller devices and form factors, responsiveness, higher-quality displays, great battery life, and multiple ways of capturing user input, such as a pen or a finger.

“We’re trying to deliver on the wish list that designers have always wanted in a touchscreen,” said Sherif Hanna, tablet touchscreens marketing manager at Atmel, in an interview. “The devices still don’t feel and behave as they should.” 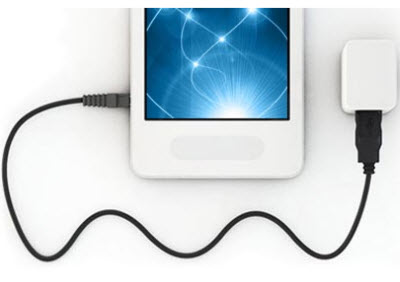 The S series chips have SlimSensor technology, which enables a thinner and lighter screen without sacrificing responsiveness, touch fidelity or battery life. The chips can eliminate display noise and still operate twice as fast in responsiveness than previous chips. Since the touch sensors can be 60 percent smaller in these new chips, system designers can reduce the thickness of a screen by more than one millimeter. That is a huge reduction, considering some phones are only seven millimeters thick.

Atmel is also adding a new feature for the S series chips: maXCharger technology, which blends analog circuits and mathematical formulas that enable battery chargers that are much more efficient. The technology eliminates false touches — where the screen reacts to an unintentional touch. It can also suppress severe electrical noise spikes, making the devices about three times more responsive to touch. This means your device won’t get messed up when you plug a low-quality charger into it, something that happens a lot now that many devices use universal serial bus (USB) chargers.

Production versions of the maXTouch S series chips will be available in the first quarter. For the unlimited touch maXTouch chips, this is the third generation of chips. Prior versions were launched in 2011 and 2009. Rivals include Cypress Semiconductor, Synaptics and a number of Asian competitors.