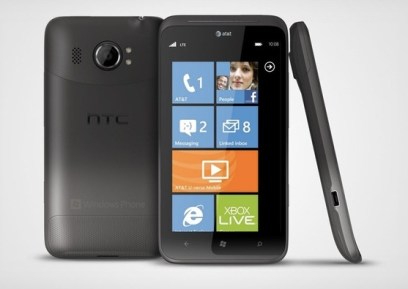 In a bid to catch up with Verizon’s LTE lead, AT&T announced a plethora of new LTE 4G smartphones and tablets today at its annual developer summit — many of which will be exclusive to the carrier.

Additionally, AT&T unveiled its grand plans to court developers with a new API platform, which will make it easier to create compelling apps, together with a new cloud platform dubbed AT&T Cloud Architect.

At the developer summit, which takes place in Las Vegas and typically coincides with the start of the Consumer Electronics Show, AT&T CEO and President Ralph de la Vega hit the stage to show off the company’s plans for the next year.

Among the exclusive devices, AT&T will be the first carrier to launch a LTE 4G Windows Phone, the HTC Titan II, a 4.7-inch behemoth that sports a 16-megapixel camera. The phone also features a 1.5 gigahertz processor and 720p high-definition video recording capabilities. Nokia CEO Stephen Elop announced at the event that it will be announcing an LTE Windows Phone later today, which we expect to be the Lumia 900.

The carrier will also be the exclusive home to Sony’s first 4G LTE phone, the Xperia ion, which will be available in the second quarter.

As for other devices, AT&T will receive an updated Samsung Galaxy II model, dubbed the SkyRocket HD, which will add LTE capabilities and an HD screen to Samsung’s winning hardware. The carrier will also get the Samsung Exhilarate and Pantech Burst, both of which will be budget LTE devices.

On the tablet end, AT&T will have the 8-inch Pantech Element, as well as the Samsung Galaxy Note, which at 5.3-inches could be considered a smartphone in bigger hands.

On the developer side of things, AT&T says its API platform will make life easier for devs. “When developers start writing applications, the classes and objects they will need to interface with AT&T services are already written, and accessible,” the company said in a release today. “The platform empowers innovation through relationships with outside developers, while maintaining AT&T’s commitment to protecting and maintaining our customers’ privacy.”

Similarly, the AT&T Cloud Architect will provide developers with an easy way to tap into cloud storage and infrastructure. Ultimately, both the API and cloud announcements mean that we may see some cool apps on the horizon.