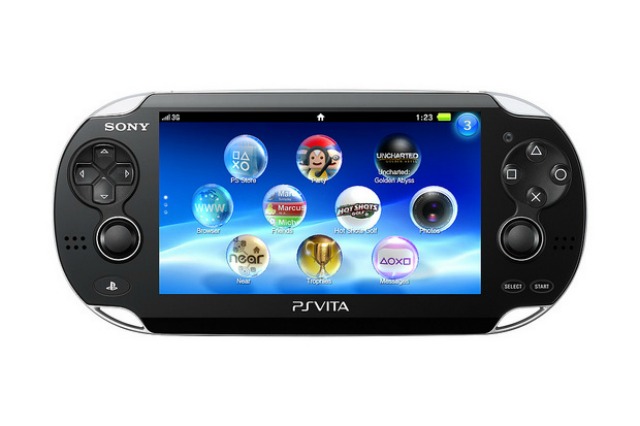 When Sony’s new portable gaming device, the PlayStation Vita, launches in the U.S. next month, it will have two data plans for its 3G-enabled model, AT&T today announced. One plan will cost $14.99 a month for 250MB; the other will cost $25 a month for 2G. Neither plan will require a long-term contract.

Unlike its predecessor, the PlayStation Portable, or its main rival, the Nintendo 3DS, the Vita features dual analog joysticks. It also comes with a five-inch multitouch capacitive touch screen, a quad-core ARM Cortex-A9 microprocessor, and a separate graphics chip. The Vita is backwards compatible with PSP games digitally released on the PlayStation Network, and the dual analog sticks will be supported on select titles.

Despite its list of impressive hardware, the Vita has seen disappointing sales since its recent launch in Japan. Sales of the device fell 78 percent during Christmas week and have continued to decline ever since. Although solid U.S. sales could help the struggling portable, its price could be a deterrant for many consumers. In addition to the $299 price tag and monthly data plan, memory cards will cost between $19.99 and $99.99, depending on capacity, and many of the games currently available for preorder through GameStop cost $29.99 and $39.99. The Vita is seen as a risk by many in the gaming industry, and its high price certainly doesn’t help when compared to relatively cheaper competition in the form of smart phones and tablets.

AT&T says PS Vita devices with an active data plan will be able to take advantage of functionality developed specifically for the 3G-enabled model, including turn-based, asynchronous multiplayer gameplay, instantly updated rankings and leaderboards, immediate access to the latest downloadable add-on content, and real-time community news. They will also have free access at more than 29,000 AT&T Wi-Fi hotspots nationwide.

“The data plans for the PlayStation Vita will give gaming enthusiasts a convenient and seamless path to connect to a nationwide mobile broadband network while gaming on the go,” said Glenn Lurie, president of emerging devices at AT&T. “We are looking forward to providing PlayStation Vita users the ability to experience a new era of portable gaming through wireless integration. This introduces an entirely new gaming experience, with access to popular social networking sites, right on the device.”

The PlayStation Vita 3G/Wi-Fi model will be available in the United States on February 22 for $299.  AT&T data plans are priced separately and can be activated directly from the Vita.

To sweeten the deal, Sony is offering Vita owners who activate a data plan one free download from a list of select games available on the PlayStation Store.